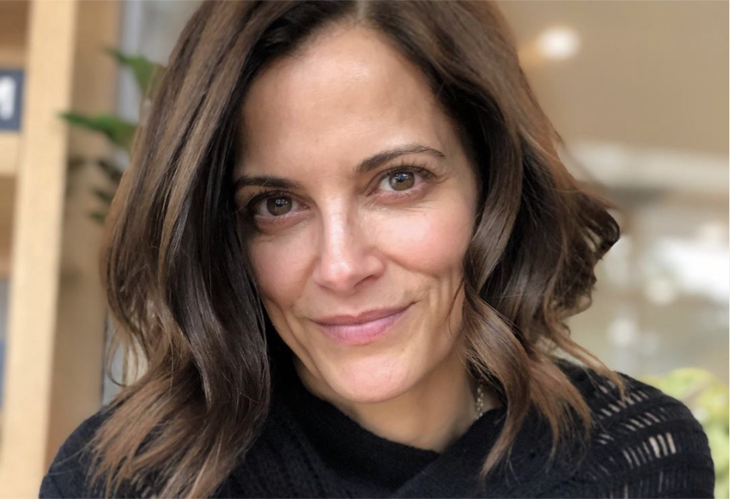 ABC General Hospital spoilers and updates reveal Rebecca Budig, who plays Hayen on the daytime series, came back on the soap to bring along her TV daughter. She left again soon after, with her character being under the impression that she was in danger. Although she has exited off of the show for a second time, fans are still hoping for her return, and it seems that her recent return has gotten her nominated for a Daytime Emmy.

Rebecca Budig found out on Thursday that she has been nominated for the category of Outstanding Supporting Actress in a drama series. She went to her social media account to share the occasion with her General Hospital Family. Her post read, “I’m beyond honored to be nominated for an Emmy with such a talented group of actors. However, I have to share this with these two. They elevated every moment and connected me to this story. Thank you to everyone at @generalhospitalabc and Frank Valentini for giving me the opportunity. @jophiellelove #MichaelEaston.”

I’m beyond honored to be nominated for an Emmy with such a talented group of actors. However, I have to share this with these two. They elevated every moment and connected me to this story. Thank you to everyone at @generalhospitalabc and Frank Valentini for giving me the opportunity. @jophiellelove #MichaelEaston

Last year, Hayden made a surprising return to Port Charles in order to help Nickolas, who viewers learned was also back in Port Charles. Viewers were excited to see that along with her; her daughter would be making an appearance as well as Violet Barnes Finn, who is played by Jophielle Love, made an appearance after getting sick.

After being scared off by Nikolas, Hayden would make an exit once again, leaving Violet behind to be taken care of by her dad, Hamilton Finn. However, viewers are hoping that she will make a return once the production for the show starts back up. If so, she has missed a few things since she has been gone, but many characters would be excited to have her back in Port Charles, including her daughter, Violet.

Rebecca would go on to give Jophiella Love another message as she turns six years old. She took to Instagram to say, “Beautiful @jophiellelove turns SIX today. Please send her love all the way in France! Until you are back, sweet girl.. Have the best birthday ever!” We’ll give you updates as GH news comes in. Stick with the ABC soap, and don’t forget to check HH often for the latest General Hospital spoilers, updates, and news.