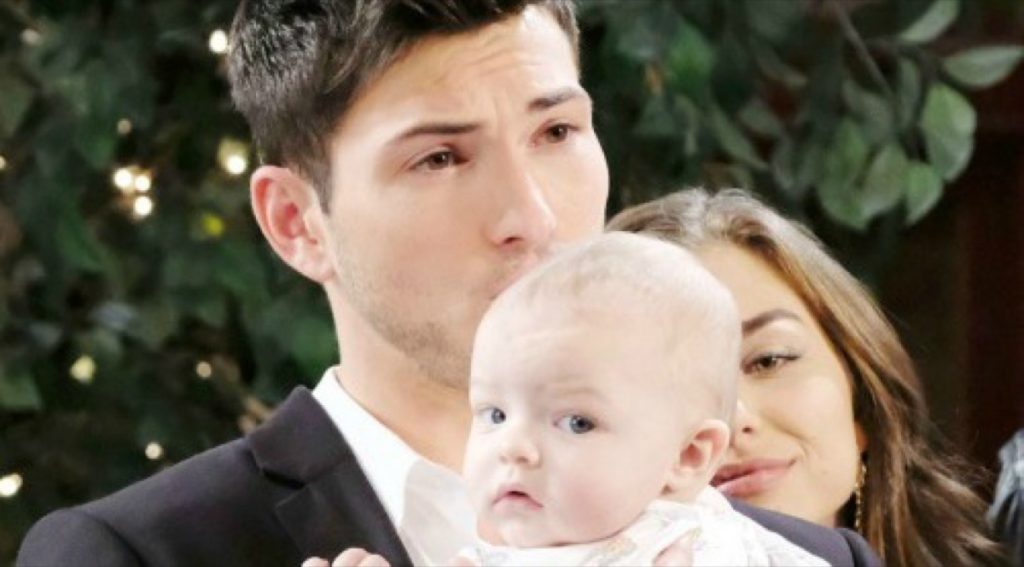 Days of Our Lives spoilers tease that Ben Weston (Robert Scott Wilson) could be the one to find his nephew baby David Ridgeway (Kyler and Caleb Ends) in an upcoming episode of Days of Our Lives!

DOOL Spoilers: Ben Weston Survived The Lethal Injections To Find Out His Nephew Had Been Kidnapped

As Days of Our Lives viewers will recall, Ben survived the lethal injections and was released from prison only to find out his nephew, David Ridgeway had been kidnapped by his birth father, Evan Frears aka Christian Maddox (Brock Kelly)! No one knows where David is, and even Police Commissioner Rafe Hernandez (Galen Gering) and an Amber Alert have turned up any trace of him. Obviously, Evan stashed the baby somewhere with someone, but with who, and where?

If Evan thought Ciara Brady (Victoria Konefal) was difficult to deal with and maybe a little bit scared of her, wait until he has Ben in his face! Ben will be livid with Evan, for killing his only sister who practically raised him for much of his life – even though their relationship with each other was let’s say – complicated?

He will be even more incensed thinking that his nephew might be in danger or have been in danger – or worse. He can tell that Evan/Christian is a loose cannon and possibly even more deranged than Jordan was! It sounds like the two of them were a match made in hell! If Jordan was scared of him, he truly must be a monster of the worst kind!

Days Of Our Lives Spoilers: David Ridgeway Cannot Be Too Far Away

Ben will first get in Evan/Christian’s face – and fiercely! He will threaten him with great bodily harm (although it will just be hot air) if he doesn’t tell him where his nephew is. His nephew is the only family he has left other than his father Clyde Weston (James Read) who certainly has never been father of the year although he tried to help Ben in prison – Ben didn’t like his methods of help, but at least he gives him credit for trying! Ben will make it his mission to find his nephew and hopefully in good health!

Days of Our Lives Spoilers: Ben’s Final Moments Marlena Urges Him To Hang On https://t.co/BXxDbuMtl6 pic.twitter.com/yu4ZfnKwgz

David can’t be too far away – Evan/Christian had only gone from Rafe’s house and then shortly thereafter showed up at the Kiriakis mansion, without David. Ben may partner up with Rafe in the search for David, although Rafe will make an appeal to Evan/Christian as well, to find out where the baby is.

Other Days of Our Lives spoilers say that Ciara will be busy with trying to get through to her mother who has been turned into Princess Gina Von Amberg (Kristian Alfonso) along with her brother Shawn Brady (Brandon Beemer) so that will leave Rafe to partner up with. However, that may be the best plan since Rafe has access to all the police databases! An odd couple in some peoples’ minds, but maybe an effective one to find and save the baby!

‘The Young and the Restless’ Poll: Who Is A Greater Threat To Victoria’s Stability – Victor or Billy?