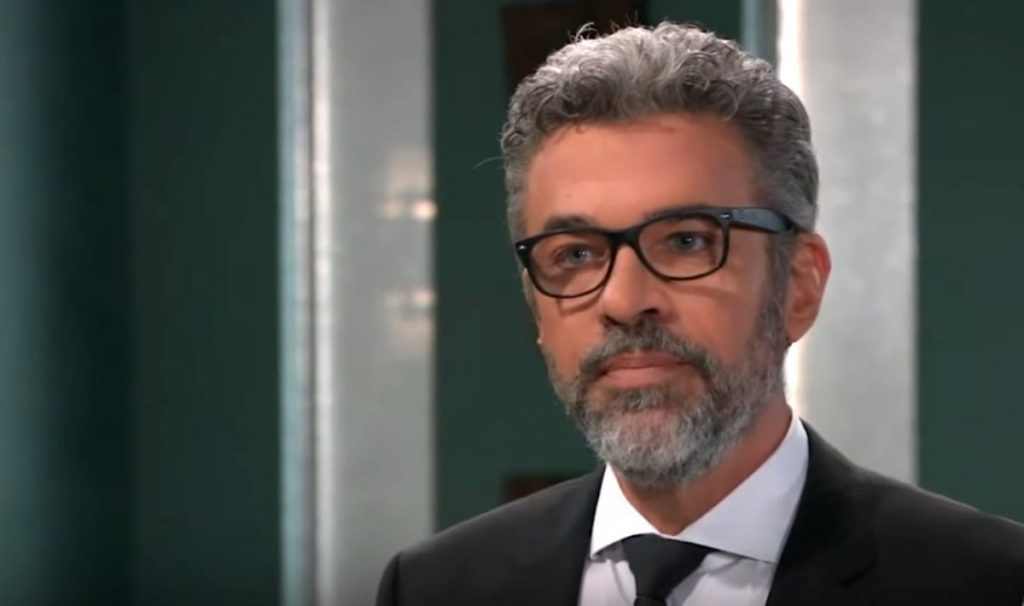 This won’t be Marcus Taggert’s funeral, but it will be a type of memorial – the type of memorial where old friends of the deceased get together and remember good times and tell old stories about him. Mac and Taggert went back a long way and worked on many, many cases together when Taggert was a PCPD cop and Mac was the chief of police.

Many of those cases were focused on Sonny Corinthos, (Maurice Benard) who Taggert had a longstanding vendetta against, but near the end, Marcus Taggert and Sonny had a truce, and Taggert had reached out to Sonny and Jason Morgan (Steve Burton) to help him take down Cyrus Renault (Jeff Kober) telling Sonny that they had a common enemy.

Taggert was shot as he, Curtis Ashford (Donnell Turner) and Jason were trying to rescue Taggert’s daughter, Trina Robinson (Sydney Mikayla) and Cameron Webber (William Lipton) who had been kidnapped by one of Renault’s henchmen – he was shot right in front of Trina, and later died at GH when an unexpected blood clot went to his brain while Trina was going to a vending machine to get him some malted milk balls, which he had requested from her.

Trina was devastated again to find out that her dad, who had just told her he would be in Port Charles to stay, had died while she was getting his malted milk balls!

General Hospital viewers will recall that Marcus Taggert was part of a Drug Enforcement Agency, or DEA, task force who manufactured evidence to put Cyrus Renault in prison – and Cyrus has been striking back, indirectly, through his henchmen. Police Commissioner Jordan Ashford (Briana Nicole Henry) is the sole survivor of the group, which had consisted of herself, Marcus, Mark Simon (uncredited actor) and Bob Massicotte (Randy J. Goodwin).

Cyrus had told Sonny when he first visited him in Pentonville Prison that he had been framed, and it appears that he was telling the truth about that part of it. But his other mission is to take over Sonny’s territory, and it is a shame that Marcus didn’t survive his gunshot wound to team up with Sonny to take Renault down – even though he is currently incarcerated, he has been running his business from the inside of the prison walls and giving the orders, so he would certainly be culpable for charges of racketeering and being an accessory for crimes that happened under his orders on the outside!

The one henchman, who posed as an Uber driver, kidnapping Cameron and Trina, once he’s caught, will face murder charges in addition to kidnapping charges since Marcus died from a complication to his gunshot wound!