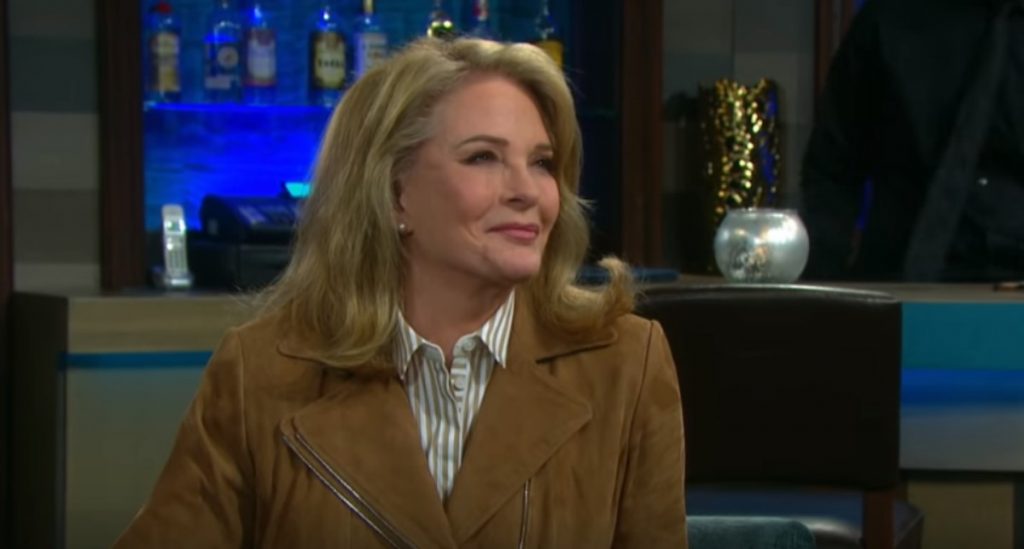 Days of our Lives (DOOL) spoilers tease that Roman Brady (Josh Taylor) seems to be warming up to Hattie Adams (Diedre Hall) finally. Hattie has had a crush on Roman for years, but in the past, her misdeeds have kept Roman from even looking at her anything but a Marlena Evans (also Diedre Hall) lookalike. Hattie has come on a bit too strong, which was also a turn-off.

Days of Our Lives Spoilers – All that started to change

While Hattie was still in prison, Marlena was shot and showed no signs of brain activity. Belle Black (Martha Madison), Marlena’s daughter, knew that Marlena had signed an NDA and wanted to have her taken off life support.

John Black (Drake Hogestyn), with Roman and Kayla Johnson’s (Mary Beth Evans) help, had Hattie released and take Marlena’s place so Marlena could be hidden in another part of the hospital and given more time to heal. Marlena did recover and everyone was grateful to Hattie for her help. But she still had to finish out her prison sentence

DOOL Spoilers – This past Christmas

This past Christmas, Hattie was finally released, Roman gave her a place to stay and a job working at the Brady pub. It wasn’t long before circumstances necessitated Hattie pretend to be Marlena once again, but this time she had to fool “Stefano” DiMera, really Steve Johnson (Stephan Nichols) with Stefano’s essence inhabiting his body. Hattie was successfully able to stall Stefano, but he almost strangled Hattie once the deception was uncovered. But Roman started to see Hattie for who she is. He even kissed her on the cheek, twice.

Roman hasn’t been to admit to himself, or to Hattie, that he is starting to see Hattie in a romantic way. The kisses were both on the cheek, which shows affection, but not passion. But when John and Justin Kiriakis (Wally Kurth) asked Hattie to impersonate Marlena yet another, Roman wouldn’t have it. He couldn’t let Hattie put herself in danger once again. But why can’t Roman admit his feeling for Hattie?

Days Of Our Lives Spoilers And Rumors: Ciara Brady Decides To Become A Cop?https://t.co/jGBWMDBUJ4

At some point, Marlena will likely ask Roman this very question? She’ll likely bring up their own romantic history, and wonder if Roman believes that his attraction to Hattie is because she looks like her? Marlena hurt Roman badly when she chose John over him. Maybe subconsciously, Roman is putting that on Hattie. He’s afraid to be hurt again. But as Hattie herself has pointed, she couldn’t be more different than Marlena, and once Roman can truly see that, perhaps the two of them will have a fighting chance!

Will Marlena help Roman see Hattie for herself, once and for all? Do Roman and Hattie have a true shot at romance? Only time will tell, so stay tuned to Days of Our Lives airing weekdays on NBC. And don’t forget to check back here regularly for all your Days of Our Lives news, information and spoilers!

The Bold and the Beautiful Spoilers: Wyatt Feels Guilty About Spending Time With Flo Behind Dying Sally’s Back