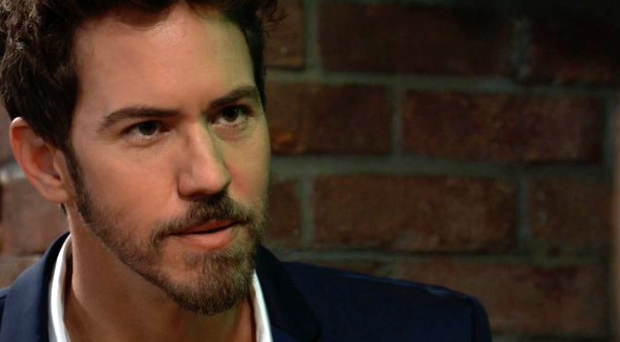 General Hospital (GH) spoilers tease that Peter August (Wes Ramsey) has quite a bit of influence and is using every source at his disposal to remain out of prison. He has his mother Anna Devane (Finola Hughes) ready to compromise herself by withholding evidence that could tie Peter to the assassination attempt on Andre Maddox (Anthony Montgomery) and Franco Baldwin (Roger Howarth. But those around Anna have other plans.

General Hospital Spoilers – Robert Scorpio has made it his life’s mission to have Peter pay for his crimes.

To say that Robert dislikes Peter is a gross understatement. He wants nothing more than to link Peter to his criminal past. He rightly believes that Peter has been engaged in criminal activities, including attempted murder in the last couple of months alone. Not to mention the crimes that Peter has accepted responsibility for but hasn’t really faced justice for. To that end, Robert has agreed to work with Sam McCall (Kelly Monaco) and Jason Morgan (Steve Burton)

Robert agreed to make sure that the parole restriction that is keeping Sam from being able to see Jason would be lifted if Sam and Jason provided hard evidence of Peter’s crimes. And Anna’s fiancé Hamilton Finn (Michael Easton) is also concerned about Anna and his daughter Violet Barnes (Jophielle Love) being anywhere near Peter. Anna has confided in Finn about the evidence she found that ties Peter to the hitman hired to kill Andre and Franco. Finn is more than convinced that Peter is guilty and so he has told Sam and Jason about the evidence.

General Spoilers – Robert Scorpio had to cancel the deal

Peter overheard Anna and Robert arguing and realized Robert is actively looking for evidence. So Peter called the Attorney General’s office and had the investigation shut down. Peter seems to have influence everywhere and getting proof to incriminate him has proved difficult if not impossible because Peter seems to have connections everywhere. It’s likely that he inherited most of these connections through his deceased father, Cesar Faison (Anders Hove).

GH Spoilers – But all these connections will eventually want compensation

Perhaps Peter’s downfall will occur because he owes too many favors from and once again gets in too deep. Or perhaps now that Damian Spinelli (Bradford Anderson) is making Peter his priority perhaps he will finally be able to find proof to expose Peter’s entire criminal activities.

Will Peter’s connections and reach once again keep him out of jail? Will Spinelli be Sam and Jason’s last hope? Only time will tell so stay tuned to General Hospital airing weekdays on ABC. And don’t forget to check back here regularly for all your General Hospital news, information and spoilers!