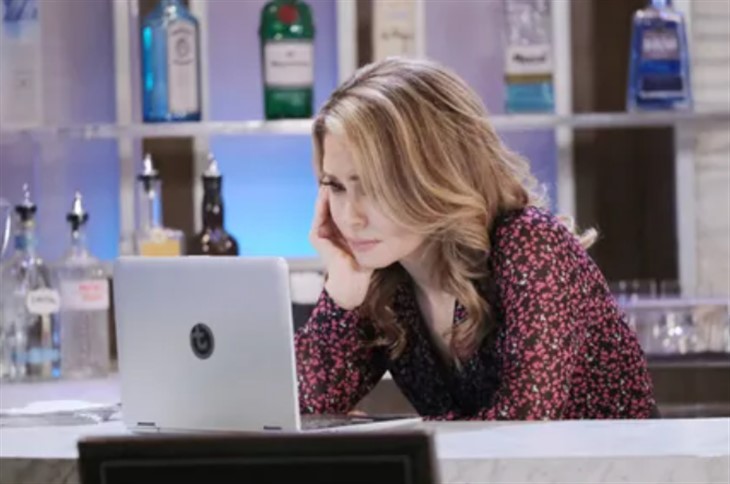 ABC General Hospital spoilers and updates reveal Olivia Quartermaine (Lisa LoCicero) is on the road with Robert Scorpio (Tristan Rogers) and has no desire to rush home. Ned Quartermaine (Wally Kurth) has been unreasonable lately and Olivia needs a break. Ned tried to talk Olivia out of going to her son. However, she refused. Is Olivia becoming bored with Ned?

General Hospital’s Olivia didn’t leave Port Charles looking for adventure. Olivia simply wanted to see her son, Dante Falconeri (Dominic Zamprogna). However, things did not go as planned. Dante refused to see his mother or even speak to her when she got to Switzerland to visit him. Robert has pulled strings to get Olivia in and she was very disappointed.

General Hospital’s Robert had to go to the cemetery for Holly Sutton’s (Emma Samms) memorial service. Robert was all set to go alone but Olivia would have none of that. Olivia insisted one accompanying Robert to the service where he told her about his and Holly’s love story. Robert and Olivia make plans to go get dinner and while she’s gone, Robert gets a call. Olivia is shocked when Robert tells her Holly was on the phone. Robert immediately wants to book Olivia a flight home so he can go check on Holly. However, Olivia refuses to be dismissed.

General Hospital’s Robert wants Olivia to come home to Port Charles. Robert knows that he’s going into a dangerous situation if Holly is alive and doesn’t want Olivia to be any part of it. Robert is trying to protect Olivia, but Olivia believes he needs someone to have his back. Olivia isn’t about to let Robert walk blindly into this situation whether he likes it or not.

General Hospital fans love Olivia and Robert together. Fans are ready to throw Ned out the window and move ahead full throttle with Robert and Olivia. Does Olivia deserve better than what Ned has given her? Would Olivia and Robert make a good match? Perhaps Olivia has become bored with Ned and the Quartermaine drama and is ready for some excitement.

Olivia has begged Ned to pay attention to her for some time now and he’s has ignored her at every turn. Robert has been there for months to pick up the pieces and provide a shoulder to cry on. Will Olivia decide to move on with Robert and leave Ned with his Quartermaine temper behind?  Fans see a new GH Supercouple in the works!