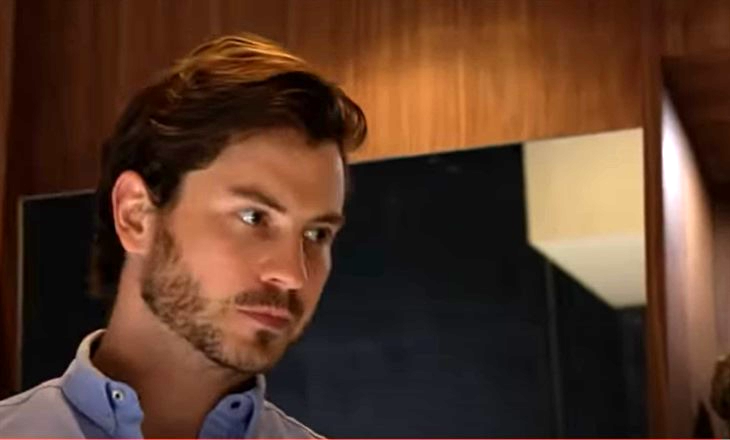 Eastenders spoilers for Monday reveal that Gray will be questioned by the police about Chantelle’s death. The rest of the Taylors come back from vacation and discover the tragic news. Mitch suspects that something seems off between Gray and Kheerat.

On Tuesday’s episode, Martin isn’t happy about Stacey’s return, but she says it’s a short visit. She also meets with Ruby, who insists that Stacey stays so Martin can see the children. Meanwhile, police tell Ben Mitchell (Max Bowden) that he could be released if his story was believable. Also, Sharon’s plan will backfire when she makes a threat.

As for Kheerat, he will share with Mitch that Chantelle was planning to leave Gray. This surprises Mitch because he wasn’t aware there was a problem. Kheerat considers opening up about his feelings for the young woman, but Suki Panesar (Balvinda Sopal) warns him not to say too much.

Eastenders spoilers reveal that on Thursday, Kheerat will tell Mitch how unhappy Chantelle was in her marriage. Kheerat speculates that Gray might have found out she was leaving, which could have led to one final fight. Mitch relays this information to Karen Taylor (Lorraine Stanley), who is overcome with emotion.

Max Branning (Jake Wood) demands his money be returned, but Ian keeps stalling. Max tells Linda Carter (Kellie Bright) about the restaurant deal during the divorce, which she shares with Sharon.

On Friday’s episode, the police will have new information regarding Chantelle’s death. They have more questions than Gray needs to answer. Also, Ian promises Sharon that he will give Max back his money. Then, he apologizes for how he treated her.