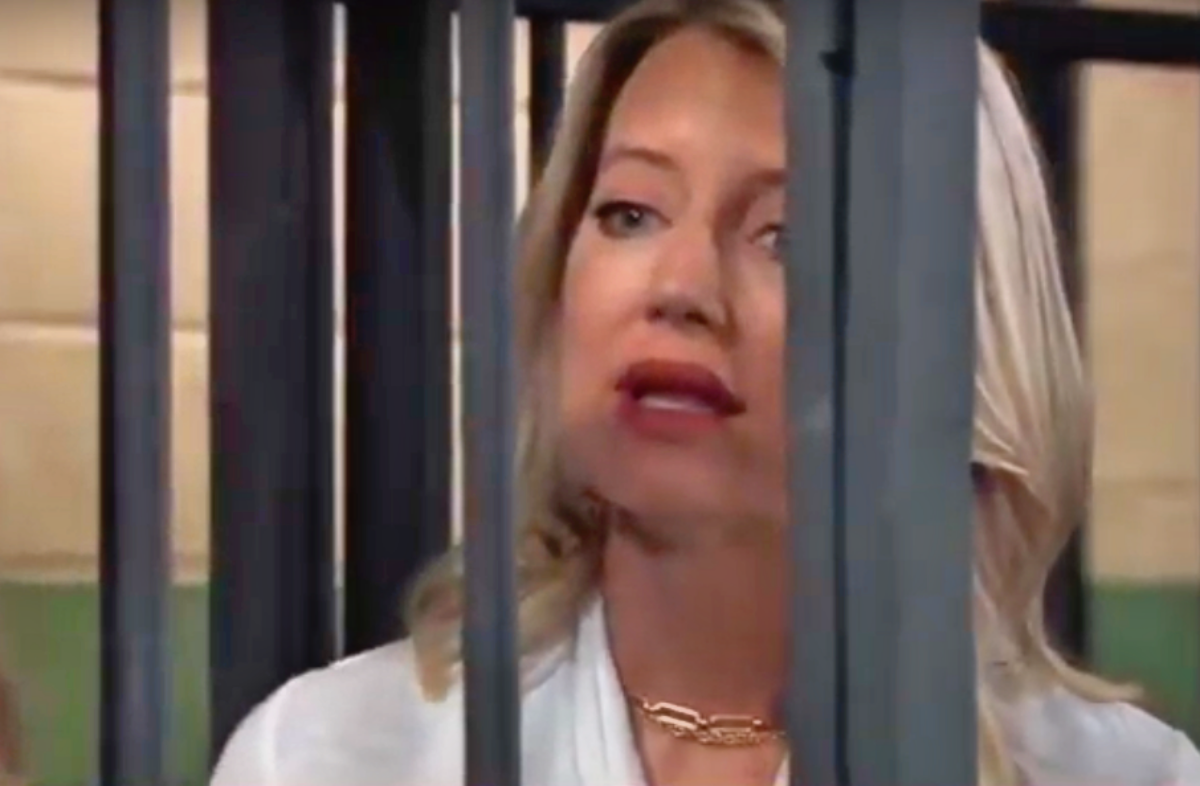 General Hospital (GH) spoilers tease that Nina Reeves (Cynthia Watros) has been lied to many times in the past by her Aunt Liesl O’Brecht (Kathleen Gati) which is exactly why Nina knows that Liesl is telling the truth now. After the last time, Liesl lied to Nina, she swore she would never jeopardize her relationship with Nina again. Nina knows that Liesl has put her criminal past behind her, even though Peter August (Wes Ramsey) is doing his best to frame her.

Nina knows that everyone else, most specifically Maxie Jones (Kirsten Storms) was quick to accept Liesl’s guilt. Her past criminal behavior is extensive but more than likely, Maxie would just rather believe that Liesl is guilty rather than her boyfriend, Peter. Damian Spinelli (Bradford Anderson) and Jason Morgan (Steve Burton), aren’t fooled though, so Nina will likely make sure to offer them her total support.

Nina and Spinelli don’t know each other well, but they will share a common goal. Liesl will believe that Peter is guilty and Nina will support that. Nina and Spinelli will share a common goal, getting Maxie as far away from Peter as possible, But this could easily further drive a wedge between Nina and Maxie who haven’t been seeing eye to eye about much lately. Maxie seems like she is already close to leaving Crimson, and if Nina makes it a point to go after Peter, that may very well be the last straw.

Although Spinelli, won’t likely need Nina’s help, hearing that she believes him will definitely make a big impact. Maxie was very clear that she won’t tolerate a bad word said about Peter so even if he does uncover the truth, he may have to rely on someone else to tell Maxie, and this might be exactly where Nina fits in. Nina would be able to hold her own even if Maxie does lash out once there is concrete proof of Peter’s guilt. While Nina and Maxie have been extremely close, Nina isn’t afraid to say how she feels.

General Hospital Spoilers: Jordan Pleas With Cyrus For TJ’s Life – Willing to Do Whatever It Takes https://t.co/PMEsv0jiXr pic.twitter.com/2jrrWZwdNv

Will Spinelli finally get proof against Peter. Will Nina throw her support behind Spinelli’s efforts. And will Dr. O’Brecht finally be vindicated? Only time will tell, so stay tuned to General Hospital airing weekdays on ABC. And don’t forget to check back here regularly for all your General Hospital news, information, and spoilers!