General Hospital Spoilers: New Clues About Brando Corbin’s Identity – What Is He Hiding? 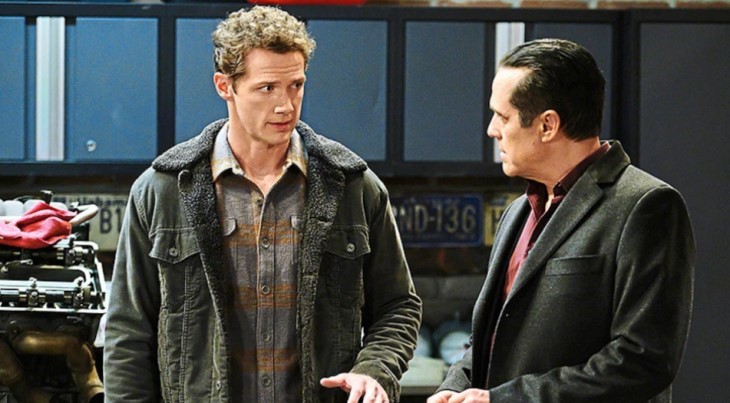 General Hospital (GH) spoilers suggest that GH viewers believe that there’s something strange about Brando Corbin’s (Johnny Wactor) behavior around Sonny Corinthos (Maurice Benard). GH fans know that Brando seems like a pretty low-key individual, but the way he grovels around Sonny is embarrassing. It’s not just gratitude Brando’s expression… it’s abject subservience. Now some GH fans are theorizing that Brando might be kowtowing on purpose in an effort to gain Sonny’s trust.

Things have flipped on their head in Port Charles. GH viewers might remember that Brando wasn’t always so sugary sweet with Sonny. There was a time when GH fans know that Brando wanted nothing more than to beat an exit from Port Charles and head straight back to Chicago. Everyone knows that Brando expressed his extreme dissatisfaction and frustration at the idea that Sonny was keeping him close at hand. As Brando later told Sonny, he resented the fact that staying or going wasn’t his choice. (Many GH fans might not be able to blame Brando on that one. Who likes having his or her free-will taken away?)

In essence, Sonny was making Brando a prisoner in a guided cage. Oh sure, Sonny mitigated the downsides to his demands. He tried to make Brando’s time spent in Port Charles pleasant and perhaps somewhat profitable. Sonny wasn’t a complete douche to Brando. In fact, some might argue that Sonny was overly kind when he bestowed a garage upon Brando from which he could work and build a business.

Then again, some might argue that Sonny felt he owed Brando for the fact that Brando took a bullet for Sonny’s wife.

GH Updates – Brando Corbin Does A 180

Some have to wonder if Brando’s life in Chicago just wasn’t that great. Even though Brando complained about having to stay in Port Charles, the moment Sonny lets him know he’s free to go back to his former life, Brando turns him down! Now, that by itself is a little suspicious and some might argue that Brando’s lame explanation was exactly that … a trumped-up excuse for staying in Port Charles. Is Brando’s car repair business really doing that well financially? Wasn’t Brando just given the cold shoulder by Molly Lansing-Davis (Haley Pullos) and then read the riot act by Sam McCall (Kelly Monaco)?

Some believe that Brando has to have an ulterior motive for wanting to stay in Port Charles. Moreover, the way Brando sucked up to Sonny didn’t seem entirely like grateful respect from one man to another. No, some might argue Brando was laying it on more than a bit thick and even though Brando seems like the real deal most of the time, now they’re wondering when Sonny’s B.S. meter is going to start beeping like crazy.

Then too, there was the time that Brando actually went and had coffee with Sonny in his kitchen. During Brando’s conversation with Sonny then, he offered to “help Sonny” in whatever way might create a situation that would allow him eventually to get back to Chicago.

What Happens Next On General Hospital?

Of course, Brando might not actually care about Chicago one way or the other. His words and efforts might all simply have been designed to get Sonny to lower his guard and let Brando into his organization.

Now there’s Brando’s 180 about going back to Chicago and his desire to stay and explore “options” in Port Charles. It’s all a bit suspicious if Brando is nothing more than a mechanic. On the other hand, if Brando is playing a part, and his real goals are to either gather intelligence on Sonny’s organization or Sonny himself … some GH fans might agree that his behavior starts to make a little more sense!

‘The Young and the Restless’ Spoilers: Jack And Adam Team Up – Power Team Targets Victor Newman