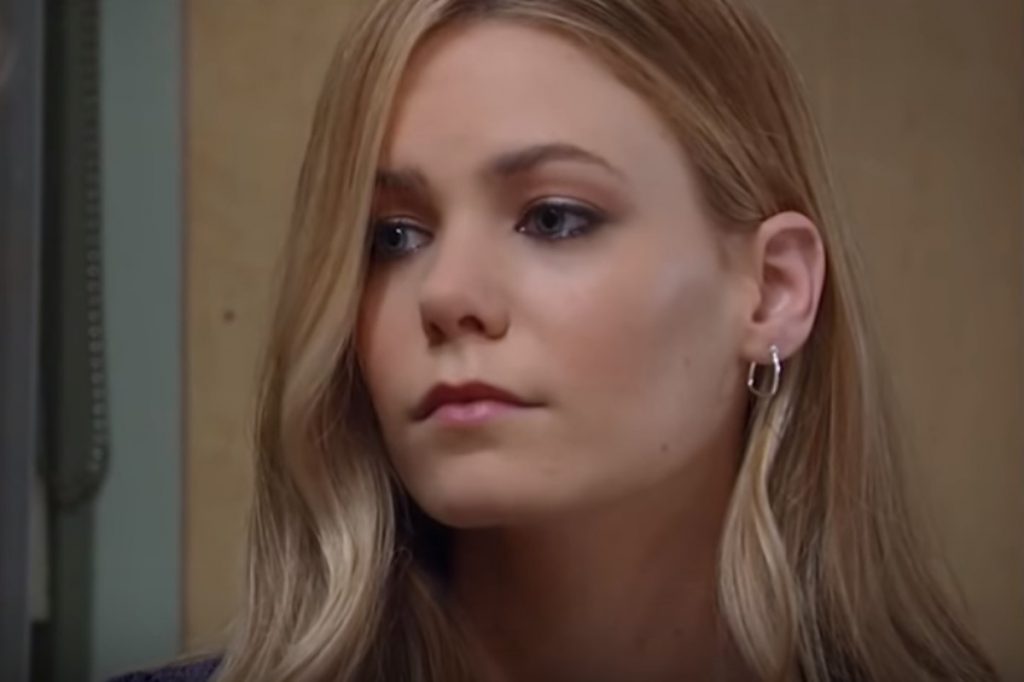 General Hospital (GH) spoilers hint that Nelle Benson (Chloe Lanier) will be fighting Michael Corinthos (Chad Duell) for full custody of Wiley Quartermaine-Corinthos (Eric and Theodore Olson). This means that things will become messy between the two as they have to prepare for an all-out custody battle. Will Michael be able to keep Wiley safe from the hands of Nelle?

Michael has been getting really close to Wiley ever since he found out that he was the boy’s father. He has been pushed into fatherhood and seems to be enjoying it to the point that he put his job on hold to take care of him. He even asked Ned Quartermaine (Wally Kurth) to take his position at the company for a month, so that he could work on being a full-time father.

Michael then contacted Diane Miller (Carolyn Hennesy) for help in figuring out which the last name to give Wiley. Which he finally decided to provide him with both the last names of Quartermaine and Corinthos. Everything was looking up for the new father until the day of Nelle’s bail hearing.

On the day of the bail hearing, No one thought that Nelle makes bail least of all be able to walk free. However, Nelle is full of surprises, and with a lack of evidence along with their primary evidence going missing, the judge decided that Nelle did nothing wrong.

General Hospital Rumors: Is Marcus Really Dead – Or Is It All Part Of A Plan? https://t.co/BKdKUxwiuK

This means that Nelle is free to pursue custody of her child as well and try she does. As soon as she leaves the courtroom, she hands over custody papers and demands that she gets full custody of Wiley. Nelle being a resourceful person, may very well get custody of Wiley since she has a way of getting strangers on her side. She has also come up with a whole new story to prove that she knew nothing about her child’s kidnapping.

If she is able to convince a judge that her story is the truth, then she will most likely end up with custody. So, Michael will have to find a way to persuade the judge to give him full custody instead.

What do you think? Will Michael get custody, or do you think that Nelle will win? We’ll give you updates as GH news comes in. Stick with the ABC soap, and don’t forget to check Soap Opera Spy often for the latest General Hospital spoilers, updates, and news.