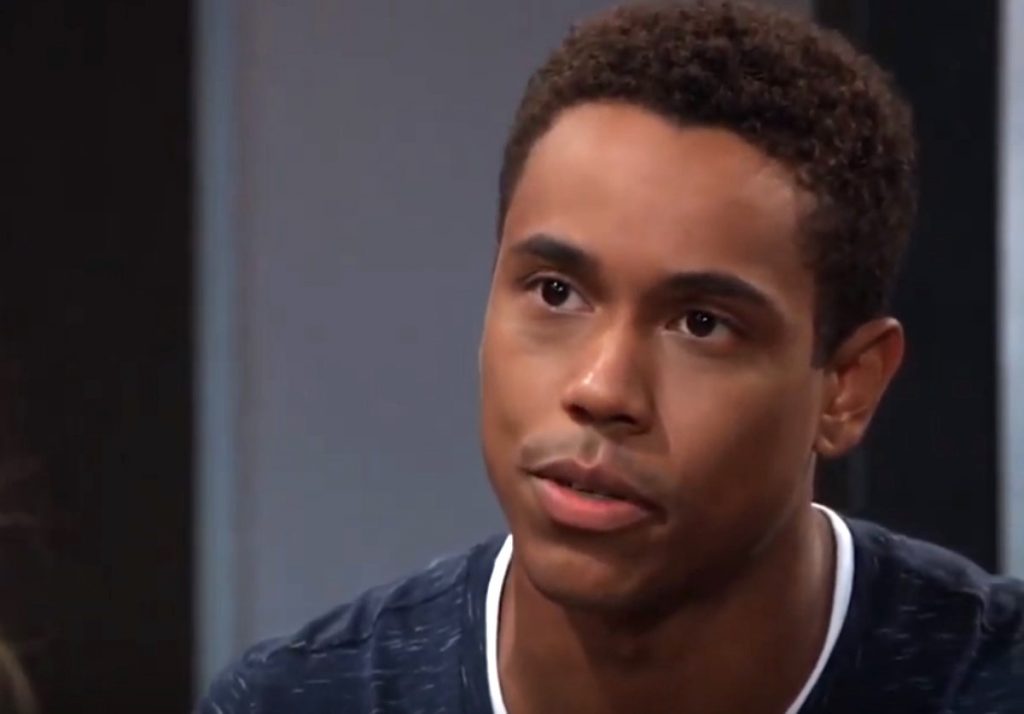 General Hospital (GH) spoilers hint that T.J. Ashford (Tajh Bellow) will be the next target of the series of attacks made by Cyrus Renault (Jeff Kober). The mob wars are still in high effect, and it seems like TJ will be the next person to be affected by it. Will Jordan’s involvement put TJ in danger?

Jordan Ashford (Briana Nicole Henry) is the last one who is involved in the team that took down Cyrus Renault. With the rest of the dead, Jordan maybe the next person targeted by Cyrus. However, she may not be targeted directly, and her son may be the one that suffers the consequences of Jordan’s past actions.

It would not be the first time that Cyrus uses his target’s child in order to get to the target. Also, he had mentioned TJ’s name to Jordan when she visited him in Prison. This could mean that he could be in danger just like Trina Robinson (Sydney Mikayla) and Cameron Webber (William Lipton) was.

The last time viewers saw TJ, he was proposing to Molly Lansing-Davis (Haley Pullos), and she had turned him down. He became upset with the idea that he and Molly would never get married, and he felt used by Molly because of this. He told Molly that they had things to think about before he walked away from her. This left Molly worried about him and their relationship. As for TJ, he was not seen again since then, but Jordan did contact him to see if he was safe.

General Hospital Rumors: Is Marcus Really Dead – Or Is It All Part Of A Plan? https://t.co/BKdKUxwiuK

He sent her a text message, but as far as the viewers know, he never called her back. The first thing that popped into viewers’ minds was that TJ had been kidnapped and that someone might be using his phone to text Jordan. It is plausible since he might not have known about the current mob wars that had been going on at the time. So, he would not know that he had to be careful. Jordan probably never told him since she did not even want to tell Curtis Ashford (Donnell Turner) about her involvement in the mob war.

What do you think? Is TJ in danger, or is he safe and sound? Do you think Cyrus might be targeting TJ to mess with Jordan? We’ll give you updates as GH news comes in. Stick with the ABC soap, and don’t forget to check Celebrating The Soaps often for the latest General Hospital spoilers, updates, and news.