General Hospital Spoilers: Nelle And Carly Make A Breakthrough In Their Relationship 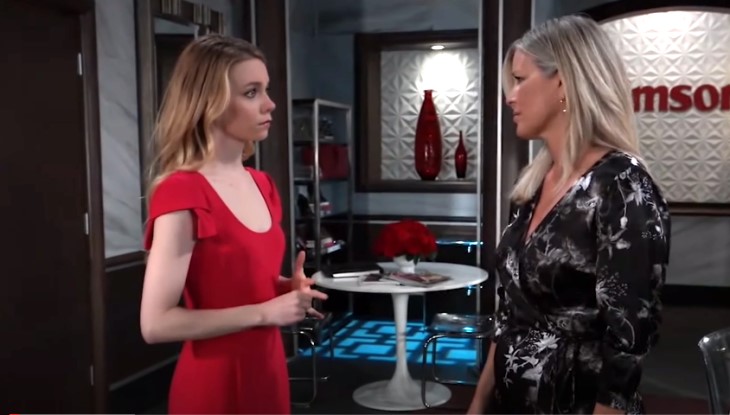 General Hospital (GH) Spoilers hint that there was a potential for the Nelle Benson (Chloe Lanier) and Carly Corinthos (Laura Wright) to put aside their differences and to get on a more friendly term instead of trying to take each other down.

The two are more alike than they would like to think, and if they accept that, then they may actually have friendship on their hands or at least as close as they can get to one. Could these two actually put their differences aside?

Nelle and Carly have always had difficulty, but little did viewers know just how deep Nelle’s background with Carly went. Until recent episodes where Nelle told Carly that she had met her when they were kids, but Carly did not realize that she had met Nelle until she brought it up. However, Nelle remembered things differently than they were. As she remembers that Carly was asked to be Nelle’s sister, but she refused.

However, in reality, she was told that she was not wanted and never was wanted. This was shocking to Nelle to the point that she could not believe it, but something that was interesting, which was the idea that she was coming into town for similar reasons as Carly had once come to Port Charles for.

Carly came into town hoping that Bobbie Spencer (Jacklyn Zeman) would realize that she was her daughter and would remember. However, when she did not remember Carly, Carly decided to make her life miserable. Well, that sounds familiar to Nelle’s story with a twist, of course.

Nelle wanted to be acknowledged as being Carly’s sister but when Carly did not call her sister and did not know who she really was, which hurt her just as deeply as when Bobbie did not remember Carly. So, she sought revenge as well. So, they really are more alike than they would like to realize.

Carly and Nelle are more alike than they realize, and the two will admit, and if they could accept it, then they would be able to move forward. What do you think? Are Carly and Nelle the same with similar goals? We’ll give you updates as GH news comes in. Stick with the ABC soap, and don’t forget to check SOS often for the latest General Hospital spoilers, updates, and news.

Counting On Spoilers: Josh Duggar’s Family Getting All Dressed Up For Church Amid The Coronavirus Pandemic