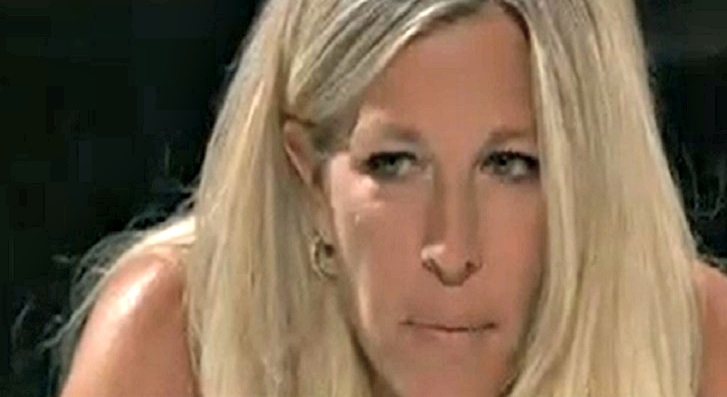 “General Hospital” spoilers for Tuesday, August 7, tease that Ava (Maura West) will mull over what’s ahead for Kiki (Hayley Erin). She’ll be worried about the sexual harassment case and all the drama that comes with it. As Ava relays her fears, Griffin (Matt Cohen) will be deeply moved. He’ll appreciate how much Kiki adores her daughter, so he’ll want to convey his own feelings.

Griffin will let Ava know that he loves her, so she’ll believe they’re headed down the right path. Their relationship will reach another level, but chaos is looming. GH fans can’t forget that Griffin and Kiki have a huge secret. They hooked up after the Nurses Ball, which means a “General Hospital” shocker is set to explode.

Of course, Scott (Kin Shriner) will do his best to prevent it. He’ll urge Dr. Bensch (James DePaiva) to go for a settlement instead of fighting Kiki in court. The dirty doc will nix that plan and wonder if he can count on his lawyer. If Scott isn’t prepared to battle it out in the courtroom, Dr. Bensch will intend on seeking other representation.

However, Scott will promise that he’s behind Dr. Bensch 100 percent. He’s planning to tank the case for Ava, but he can’t let Dr. Bensch know that! Unfortunately, Alexis (Nancy Lee Grahn) is still in the dark on a potential curveball. On Tuesday, she’ll push for honesty once more. Alexis will press Kiki to tell her anything she hasn’t previously revealed, but her client won’t share the Griffin sex bombshell.

Other “General Hospital” spoilers say Margaux (Elizabeth Hendrickson) will make a decision. Jason (Steve Burton) will insist that she has a chance to do what’s right, so let’s hope Carly (Laura Wright) will keep her freedom. Sonny (Maurice Benard) will work on another angle at the police station. He’ll maintain that he’ll have to go public if Jordan (Vinessa Antoine) doesn’t cave in.

The last thing Jordan needs is another PCPD scandal, so she’ll face quite a dilemma. Fortunately, new evidence just surfaced at the Quartermaine mansion. Michael (Chad Duell) found the missing baby blanket, which Julian (William deVry) planted in the nursery.

As Michael ponders this puzzling discovery, Sam (Kelly Monaco) will take action. She’ll box up the blanket and tell Michael to turn it over to the cops ASAP. This should be enough to get Carly off the hook. Nelle (Chloe Lanier), on the other hand, will be in even more trouble. She’ll taunt Carly and her other victims in Tuesday’s episode, but she’s in for a rude awakening soon.

The Bold and the Beautiful Recap Monday, August 6: Emma Confronts Thorne About Zoe