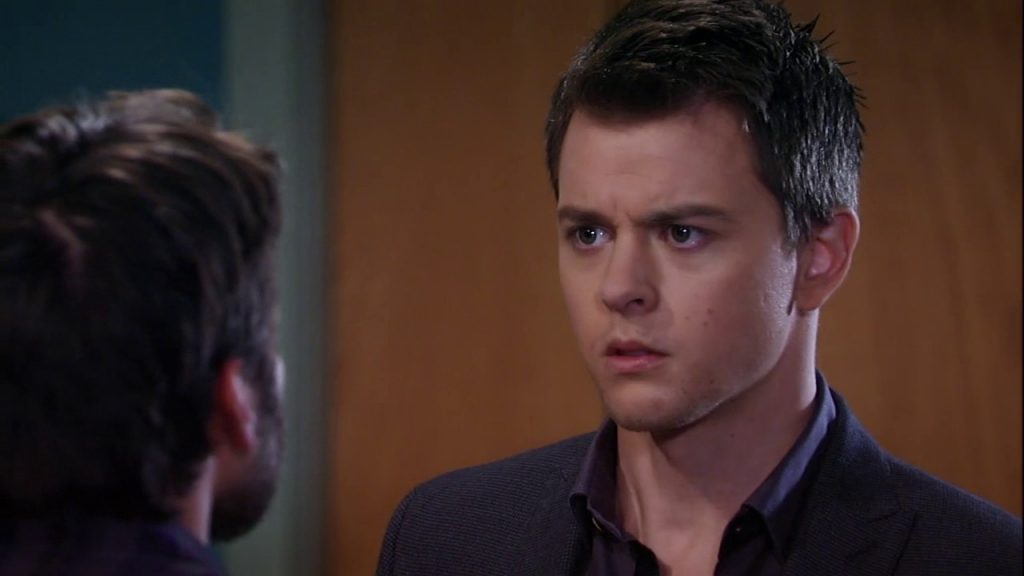 General Hospital (GH) spoilers revealed Michael Corinthos (Chad Duell) recently discovered that his girlfriend, Sasha Gilmore (Sofia Mattsson) has been cheating on him with his best friend, Harrison Chase (Josh Swickard). GH fans know that Sasha and Chase weren’t really having an affair, but it’s too late for the truth now!

GH fans may feel bad for Michael Corinthos. That’s because everyone knows that Michael thought that his relationship with Sasha was going just swimmingly. Sasha seemed to be loving and supportive. There were no signs that Michael was able to pick up on that anything was amiss. Of course, in hindsight, Michael apparently thinks he recognized some cues that he simply didn’t pick up on. However, many GH viewers might agree that any clues Sasha dropped were pretty ambiguous. Who, therefore, can blame Michael for feeling like he was totally blindsided by the revelation that his girlfriend was having a secret affair with his best friend?

Michael may have loved Sasha. If she had done what she originally had the impulse to do, which was to run straight back to Michael as quickly as possible to tell him the truth about her weird plot to save Wiley Cooper-Jones (Erik and Theo Olson), she might have saved her relationship. As things stand, however, Michael isn’t likely to either forget or forgive.

GH fans might agree that most men don’t take kindly to being cheated upon by those who claim to love them. Michael might be more than furious since it wasn’t some random stranger that Sasha hooked up with. No, it was Michael’s best friend. Now, GH viewers know that many men would find a way to stick it to the guy their girlfriends cheated on them with. In Michael’s case, it’s a fair bet to say that he might feel like beating the snot out of Chase. Michael might mentally understand the motives for cheating, but that doesn’t mean he’ll excuse Chase’s (or Sasha’s) behavior.

Even if Michael is able to restrain himself from getting into a knockdown, drag-out fight with Chase, it’s not likely the two will ever be close friends again. That is, unless somewhere down the line Michael discovers that Chase and Sasha weren’t really having an affair and that they simply lied to him about it all. In that case, Michael might still be incredibly angry, but he might find a way to forgive the lie.

Then again, maybe not.

GH fans know that with Chase and Sasha having carried out their stupid plot to get Willow and Michael together, it’s not likely that either will find themselves running in the same circles again. Indeed, there may be bad blood between Michael and Chase for a long time to come. Viewers may watch Michael and Chase both attempt to stay out of each other’s way. Michael and Chase might avoid the haunts they used to enjoy together. If Michael knows that Chase will be at a particular event, fans might see him intentionally choose not to go.

If Michael does indeed begin to hold a grudge against Chase, one has to wonder how long it will last. Will Michael be the type to let it go as long as he can get one, really good punch in? Or, could Michael allow his anger to simmer, and literally wait for years for the opportune moment to make Chase hurt as much as he feels Chase hurt him?

Either way, GH fans know that even a good friendship like Chase and Michael’s usually won’t last if issues of betrayal come between them.