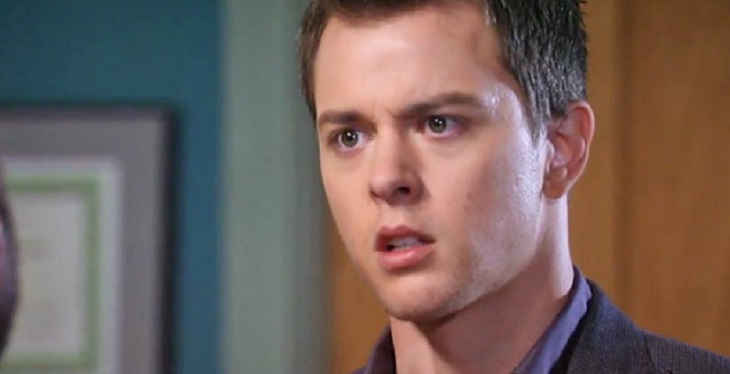 General Hospital’s Michael Corinthos (Chad Duell) has become very stale over the years. As a matter of fact, some fans wonder how this could actually be Carly Corinthos’ (Laura Wright), son. As a child, Michael was like a mini mobster, now he’s a snoozefest.

From the time General Hospital’s Michael was a young child he was at least interesting. Michael constantly interfered with Sonny’s relationships that weren’t with his mother. Michael tried to pay people off to keep them away from Sonny. Michael would run away and cause drama left and right. What in the world happened to the kid that refused to stay on the island to protect himself. The kid who always kept people on their toes. The kid who went to prison for killing his stepmother to save his mom and baby sister?

General Hospital’s Michael even went after his father Sonny Corinthos (Maurice Benard) after A.J. Quartermaine’s (Sean Kanan) death and took his little sister from him. Michael used to have substance. Michael used to stand up for what he believed in and never take no for an answer. Michael used to be a go-getter but no more.

Who’s ready for the first panel of the weekend? The 2nd Annual Fan Celebration at #Graceland is about to begin! @VisitGraceland #GH pic.twitter.com/UshGyR90T4

General Hospital’s Michael has not been exciting with a woman since Abby Haver (Andrea Bogart) when he got out of prison. Sabrina Santiago (Teresa Castillo) lied to Michael about her child and Michael ended up losing that kid that he first thought was his. Kiki Jerome (Hayley Erin) was not true to Michael and ended up with his brother. Nelle Benson (Chloe Lanier) was and still is a nightmare. Michael needs a woman who helps to make him interesting. Michael needs someone like Abby who loves him for himself and not what he can do for them. Michael needs a family and some excitement. Michael literally needs a life.