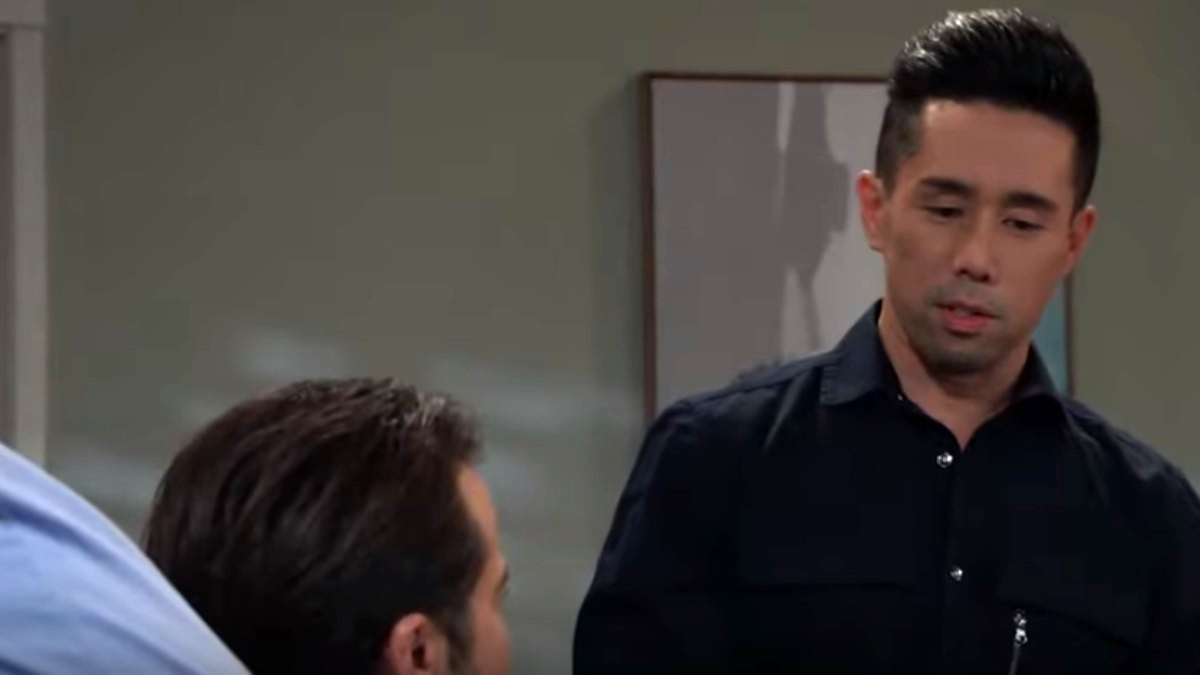 General Hospital (GH) spoilers tease the next few days in Port Charles will lead to one of the biggest secrets in Port Charles being revealed to everyone! Several people are making plans that will change the status quo. Brad Cooper (Perry Shen) and Lucas Jones (Ryan Carnes) are planning a big move to Portland, Oregon and of course taking Wiley Cooper-Jones (Erik and Theo Olsen) with them.

Nelle Benson (Chloe Lanier) was visibly upset when Brad told her of the Portland move. She fast-tracked her plans to sell her ELQ shares because as she told Valentin Cassadine (James Patrick Stuart) she has travel plans to make. But Nelle is on parole and leaving Port Charles is likely not allowed. This likely means that Nelle is planning to kidnap Wiley. Wiley is actually her son, but because of the baby swap that she and Brad concocted, everyone thinks that he child with Michael Corinthos is dead!

Lucas will likely call Michael and perhaps Willow Tait (Katelyn McMullen) as she confronts Brad with what he remembers. Lucas will be unrelenting and Brad will not be able to do anything but tell everyone present that Wiley is really Jonah Corinthos. Willow will be devastated, as she finds out the boy she gave birth to died his first night home while in Brad’s care. Michael will go to find his son perhaps after punching Brad out! Hopefully, he can get to the boy before Nelle can take him anywhere.

Disgusted, Lucas will likely make it clear to Brad that their marriage is over. It may fall on him to contact the authorities and have Brad and Nelle charged for their criminal behavior. In the span of just a couple of moments, Lucas will lose both his son and his husband. He even may find out about his father Julian Jerome’s (William DeVry) role as Brad’s confidant. This will be one of the most difficult things Lucas has ever had to do, but he will take comfort that Wiley will finally be with his father.

GH Spoilers What will happen?

Will Nelle kidnap Wiley as Lucas forces Brad to spill the truth? Will Michael find Wiley before Nelle can spirit him away? Will Lucas watch as authorities arrest Brad? Who will be there for Willow? Only time will tell, so stay tuned to General Hospital airing weekdays on ABC. And don’t forget to check back here regularly for all your General Hospital news, information and spoilers!