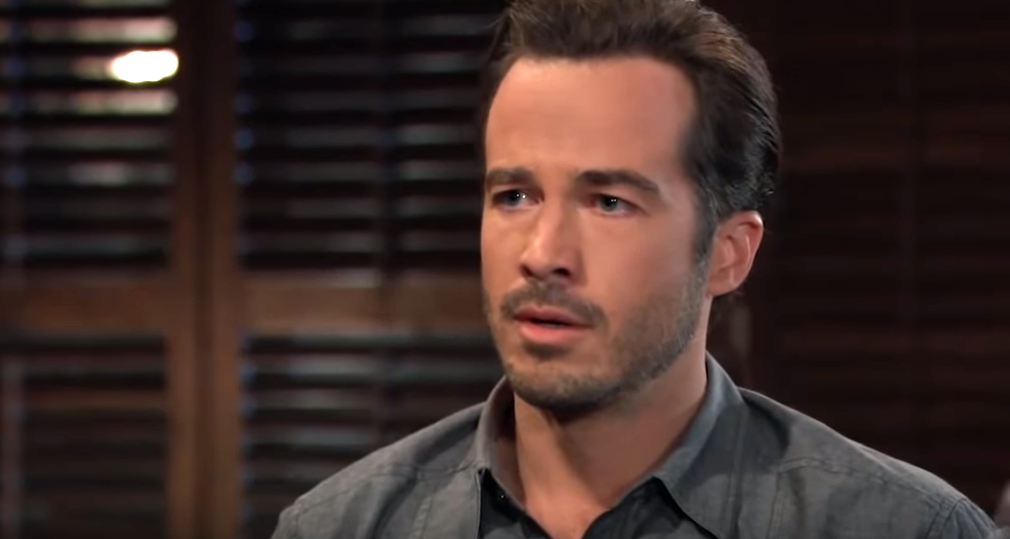 General Hospital (GH) spoilers tease that Lucas Jones (Ryan Carnes) just had the worst day of his life. His memory of the night of his car accident returned, and immediately confronted Brad Cooper (Parry Shen) with Brad’s confession about the baby swap. This led to the entire truth coming out which led to Lucas handing over Wiley Cooper-Jones (Erik and Theo Olsen) to his real father, Michael Corinthos (Chad Duell).

In just a matter of hours, Lucas lost both his husband and his son. He did the right thing, but the cost was high. Lucas has his family there for support. Carly Corinthos (Laura Wright) and Bobbie Spencer (Jaclyn Zeman) promised to be there whenever Lucas needed him. But soon, Lucas will have to go back to work and try to find some sort of normalcy after having his life torn apart.

Currently, Lucas doesn’t know that his own father, Julian Jerome (William DeVry) was aware of the baby swap almost from the beginning. Brad hasn’t ratted out Julian as of yet, but it seems like its only a matter of time. If this comes out, then Lucas will also lose his father for good. Lucas and Julian’s relationship has been tenuous at best, but this would be the final nail in the coffin.

Lucas will find happiness again, but he has to work through the pain. But Michael has said that he still wants Lucas in Brad’s life, so he won’t have to give up Wiley entirely although it may be a little while before Lucas is ready for that. In the meantime, with the support of his friends and family, Lucas will hear.

General Hospital Spoilers: Will Taggert Be Forced To Work With Sonny To Take Down A Mutual Enemy? #gh #generalhospital https://t.co/tj413FkX0Y

He also has his good friend Brook Lynn Quartermaine (Amanda Setton) to help him have some fun. If there is one thing that Brook Lynn knows well, it’s how to have a good time. And that’s exactly what Lucas will need. He’ll be fine eventually, but the events of the past year and a half will change him.

Will Lucas be able to find happiness again? Can Carly, Bobbie and Brook Lynn help him move on? Only time will tell, so stay tuned to General Hospital airing weekdays on ABC. And don’t forget to check back here regularly for all your General Hospital news, information and spoilers!