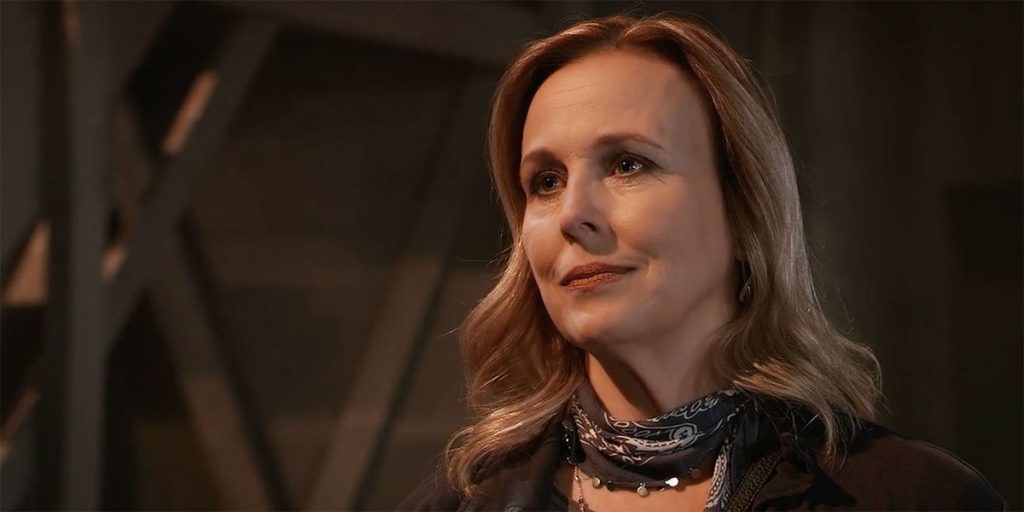 General Hospital spoilers reveal that when an ugly turf war takes over the town, no one is safe. Isn’t it ironic that the main cog in this supposed battle royale is no where to be seen when the nasty turn of events goes down?

Instead, the last person fans would imagine being caught in the crossfire becomes collateral damage. Does this mean that Laura (Genie Francis) could be leaving the ABC sudser?

Up to this point, Laura has been on a tear, telling Port Charles residents about her big plans to clean up the docks and renovate the waterfront. You know—the waterfront where all the illicit action takes place, and the docks, where dead bodies become fish food?!

As mayor, Laura is within her rights to try and scrub up the area. But will her good deed end up costing her her own life?

General Hospital spoilers – Nothing good ever happens on the gloomy docks

So far she’s consulted with police commissioner Jordan Ashford (Briana Nicole Henry) and Ned (Wally Kurth) about her ambitious plan to gently gentrify the area. Each is surprised and somewhat pleased, as Jordan of course wants less crime to worry about and Ned sees dollar signs.

The next move is for Laura to meet up with another Quartermaine, Michael (Chad Duell), on the docks. There an eager Laura goes into detail about how she would like to see the seedy, shady waterfront area redeveloped. In the midst of her dialogue she must interrupt to take a phone call when Robert calls.
At the same time Sasha (Sofia Mattsson) pops up to tell the handsome Quartermaine that she has come to her senses and will cohabit with him in order to keep unruly Nelle (Chloe Lanier) in their sights and in line.

Suddenly, the ordinary day turns dark as a menace lurks in the shadows!

General Hospital spoilers – Is it time for Laura to leave Port Charles?

Before anyway has a chance to react, Joss sees someone with a gun and yells out a warning. The shots ring out, and someone is hit, but it may not be who you expect.

Poor Laura is the victim this time, having done nothing wrong other than being at the wrong place at the wrong time.

Clearly there is a lot of tension brewing around Sonny (Maurice Benard) and his warehouse at the docks. One of his coffee trucks was overtaken and burned, a clear sign that war has been declared between the dark figures of the underworld.

No one could have guessed that the mayor would be caught in the crossfire! After being shot, Laura goes down. Is she dead? Will she be in a soapy coma for an undetermined amount of time? Or is it possible that Laura is actually leaving the show?