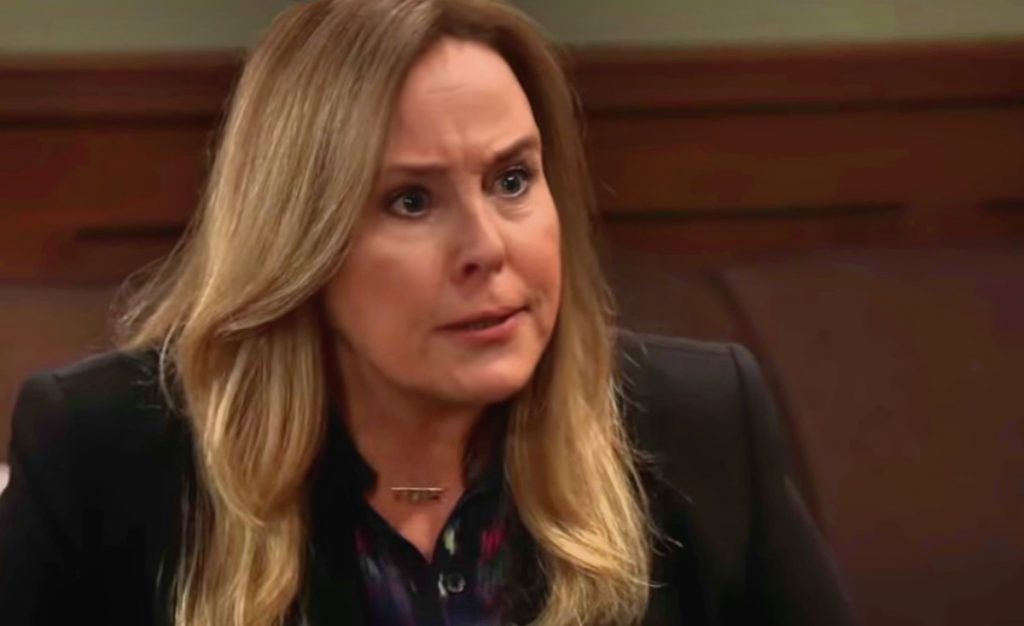 General Hospital spoilers tease that Mayor Laura Webber (Genie Francis) will be confrontational on an upcoming episode of GH – as a matter of fact, she’s had it with Cyrus Renault (Jeff Kober) after the mass casualty incident that floods General Hospital’s emergency room! She’s declaring war on crime and war on Cyrus personally!

As Mayor of Port Charles, Laura feels anything that anything that affects her city affects her, and takes it very personally. The body count is rising in her city both with overdoses and shootings, and now there is another shooting, and she rushes to General Hospital! Once she has assessed the situation and the condition of the person or persons who have been brought in, she makes a beeline for Pentonville Prison with the intention of confronting Cyrus for herself!

She wants to see the face of the enemy and know who she and the Port Charles Police Department are up against. She understands that Cyrus is in prison and yet running an entire cartel from behind bars – there has got to be corruption among the prison officials, for this to be happening. Laura, as the Mayor of Port Charles, often works closely with the warden at Pentonville and realizes she has a move she can make to shut Cyrus down that no one else can – her game plan is to strongly recommend to the warden that Cyrus be transferred to solitary confinement, therefore shutting down whatever his lines of communication are to his organization.

Laura goes Mama Bear over Port Charles and tells Cyrus in no uncertain terms that she is not afraid of him or whatever power he thinks he has, which is going to be taken away from him! She tells him her own history of contending with Frank Smith (Joe Cortese), in spite of what the consequences could be, which she well knows. She is in charge; and she has faced living through conflicts between other organized crime families, but she has never had to deal with being responsible for maintaining law and order before and now she feels that she must!

She apparently is quite confident that the warden will take her very strong recommendation to put Cyrus in solitary confinement when she tells him his power is going to be taken away while he’s in her town, and intends to make sure he is shut down permanently! She doesn’t put it as a death threat to Cyrus personally but a death-of-business threat.

General Hospital Spoilers: Cam Asks Josslyn Out – But Does He Still Have Feelings For Trina? https://t.co/NWRJjilUm0 pic.twitter.com/EAHsavhp9K

Laura has spoken to Sonny Corinthos (Maurice Benard) and Jason Morgan (Steve Burton) already about the attacks on Sonny and his family members and asked if they knew anything, but now she enlists them in her war on crime. Sonny has scruples, unlike Cyrus. She basically tells Sonny to fix the situation or she is going to fix it – and as mayor, she can’t play favorites even if they have been good friends for years.

If she acts as mayor, she can’t make one crime family victor over another, and she cannot promise Sonny that her ending it will work out the best for him! Sonny has to make a choice – escalate things his way, the mob way, to take out a competitor, or find another way to take down Cyrus and end the violence.

General Hospital Spoilers: Cam Asks Josslyn Out – But Does He Still Have Feelings For Trina?