General Hospital Spoilers: Cam Asks Josslyn Out – But Does He Still Have Feelings For Trina? 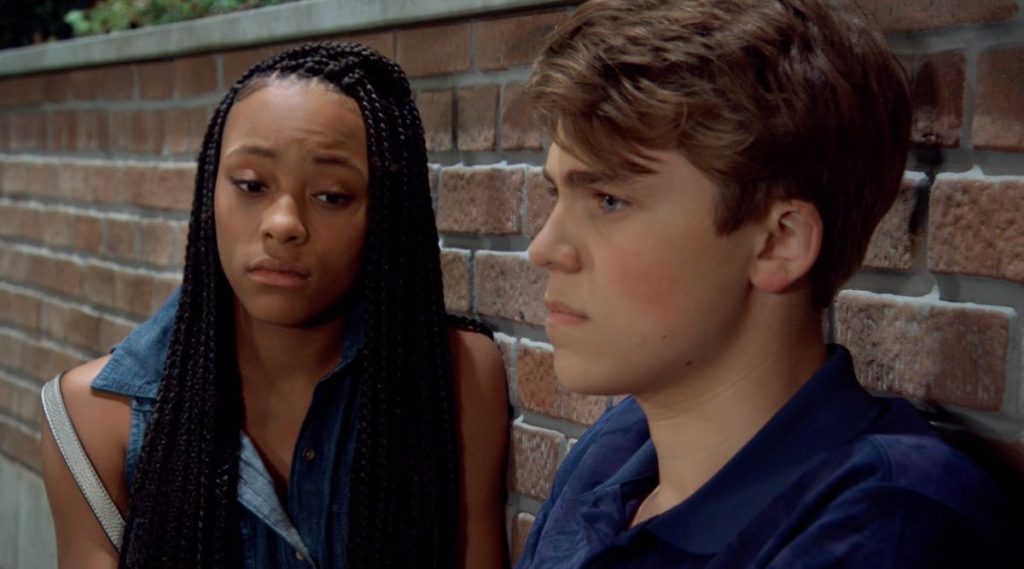 General Hospital (GH) spoilers tease that the kidnapping ordeal may bring Cameron Webber (William Lipton) and Trina Robinson (Sydney Mkayla) closer than ever. But before the kidnapping started, Cam was just getting ready to let Josslyn Jacks (Eden McCoy) know that he had feeling for her. The kidnapping may lead to Cam realizing that life is too short, and finally ask Josslyn out! But have feeling for Trina crept up on the teen without either of them realizing it?

GH Spoilers: The dance that no one went to

On their way to their school’s dance, Cam and Trina were kidnapped by their rideshare driver, who was actually working for Cyrus Renault (jeff Kober). Renault wanted revenge on Trina’s father, Marcus Taggert (Real Andrews). When Renault’s men failed to kill Taggert, he went after Trina instead. He messaged Taggert and wanted to make a trade: Trina for Taggert. But Cameron caused a distraction and escaped, with Taggert urging the teen to run. Meanwhile, Curtis Ashford (Donnell Turner) showed up and as Taggert created a distraction, Curtis got Trina to safety.

As Curtis was rushing Trina away from danger, the last thing she saw was her father getting shot. Reunited with Cam and safely in a car, Trina and Cam took turns consoling each other. It definitely seems as though the two are growing closer every day. But Cam has loved Joss from for so long, he may not realize his true feelings. He will likely ask Josslyn out before long, but will she say yes? Josslyn is just getting over Oscar Nero Quartermaine (Garren Stitt) and seems to be getting a crush on her English Teacher, Dustin Phillips (Mark Lawson) so there’s no telling how Joss will react.

As much as Trina has supported Cam asking Josslyn out, she may now feel conflicted. She will surely want Cam to be happy, and if that means being with Josslyn, then she will want that even if she realizes she is jealous! It seems as if the teens of Port Charles are in for a lot of heartbreak as the complete the school year. But these are teenagers, so hopefully they will be more concerned with school and having fun, than getting seriously romantically involved at all!

Will Cam finally ask Josslyn out? Will she agree to go? And how does Trina really feel about Cam? Only time will tell, so stay tuned to General Hospital airing weekdays on ABC. And don’t forget to check back here regularly for all your General Hospital news, information and spoilers!