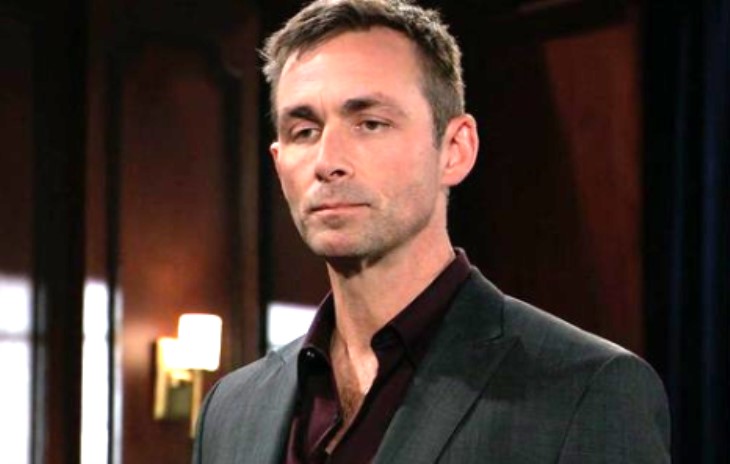 General Hospital spoilers tease that Valentin Cassadine (James Patrick Stuart) will make some progress in an upcoming episode of GH!

Mayor Laura Collins (Genie Francis) requests a meeting with Valentin at the Metro Court, which intrigues but puzzles him. He is even more intrigued and puzzled when she arrives and tells him that Lulu Spencer (Emme Rylan) doesn’t know anything about the meeting or what she wants to talk to him about. It turns out, surprisingly, that she wants to talk about Charlotte Cassadine (Scarlett Fernandez).

Laura has noticed strange behavior on Charlotte’s part as of late, as has Nina Reeves (Cynthia Watros) and the reason she is not talking to Lulu about it is that Lulu has seemed to dismiss it as a phase. This shocks Valentin, not just to hear about Charlotte’s bizarre behavior, but that Laura is confiding in him about it! Laura wants to get Charlotte into some counseling as soon as possible, and since Valentin has that right to request it whether Lulu agrees or not, she is going to him for help with that.

Laura describes Charlotte’s behavior to Valentin; some of it has been rather dark. Laura knew Helena Cassadine (Constance Towers) almost better than anyone, short of her sons, and she tells him that some of Charlotte’s behavior reminds her of Helena! Of course, no one knows what Helena was like at Charlotte’s age since there were no records Valentin ever found about Helena as a child when he took over Wyndemere, and there isn’t anyone alive who could say anything about her childhood.

Laura does tell Valentin that he had a sister – Irina Cassadine (Alyshia Ochse) who had been stored away in a mental facility for years and had become involved with Luke Spencer’s (Anthony Geary) son with Holly Sutton (Emma Samms), Ethan Lovett (Nathan Parsons). Helena was so twisted that she took Ethan and Irina hostage, and had demanded that Irina shoot and kill Ethan, who she loved, with a gun she gave her, but Irina pointed at Helena instead; it turned out the gun had been empty, and Helena had her henchmen kill Irina instead, right in front of Ethan, and she died in her arms.

Holly had run in and told Helena her revenge plan on Luke for killing Stavros Cassadine (Robert Kelker-Kelly) was no good because Ethan wasn’t Luke’s, he was Robert Scorpio’s (Tristan Rogers) and they managed to rescue Ethan by distracting Helena. Valentin had already heard this, as he was on the island at the time, but in hiding, until Helena died.

But knowing that Irina was his sister and Helena was his other puts a whole new spin on things, and he agrees to Laura’s request, that they need to get Charlotte evaluated and into treatment as soon as possible, to make sure that this dark behavior is not coming from a genetic source and to make sure whether it is simply acting out or something worse!

This is something that he can also use in his battle for sole custody of Charlotte since Lulu’s own mother told him that Lulu was not acting in Charlotte’s best interest!