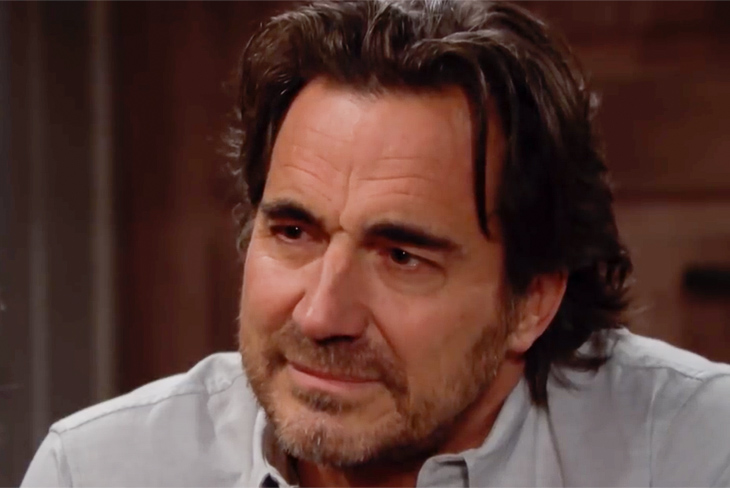 The Bold and the Beautiful spoilers reveal that what happens in Vegas obviously stays in Vegas. Ridge Forrester (Thorsten Kaye) and Shauna Fulton (Denise Richards) have no idea what happened during their wild, drunken night together. What Ridge does know is that he somehow woke up in L.A. with Brooke Logan Forrester (Katherine Kelly Lang) next to him. So, what exactly went on in Sin City?

B&B spoilers reveal that even though Ridge is in Las Vegas with Shauna, that doesn’t mean he has gotten over Brooke. He is deeply hurt and not only was he made a fool of by his own son, Thomas Forrester (Matthew Atkinson), but now his wife too.

While Ridge did kiss Shauna, he was not together with Brooke at the time. “Bridge” was back together and having a reunion party the very next evening when Brooke allowed Bill Spencer (Don Diamont) to kiss her. Plus, she kissed him back and did not push him away.

The Bold and the Beautiful Spoilers: Shauna Falls Deeper In Love And Gives Ridge A Personal VIP Experience

Actor Thorsten Kaye told Soap Opera Digest that by getting drunk in Las Vegas, it is Ridge’s way of blowing off steam.

It is teased that in the upcoming week, Brooke will find out that Ridge is with Shauna in Las Vegas. Under the impression that Shauna is taking advantage of a heartbroken Ridge, Brooke sets off to Sin City to “save” him. She ends up finding him and he is out on the town with Shauna. Both are drunk out of their minds.

Waking Up Back in L.A.

The Bold and the Beautiful spoilers reveal that when Ridge wakes up the morning after his wild Vegas night, he isn’t with Shauna. Instead, he finds himself with Brooke. Speaking to Soap Opera Digest, Kaye explained the bizarre situation,

“He has no idea what transpired. He’s clueless. He does call Shauna. He talks to her on the phone, but he doesn’t get any clarity about what may or may not have happened between them. It’s a big mystery.”

The Bold and The Beautiful Spoilers: Sally Flips When She Realizes Penny’s Been Influenced By Flo https://t.co/FxiuP1Qnk0 pic.twitter.com/NATwl48Haq

The Bold and the Beautiful Spoilers: What Happens Next?

So, what happens now that Ridge is back in L.A. with Brooke? Thorsten wouldn’t give away any big spoilers. However, he did tease that Ridge still feels betrayed by Brooke and “thinks” he had an amazing time with Shauna. As for what’s next, Ridge is just taking it day by day and fans will just have to wait to see what’s next.