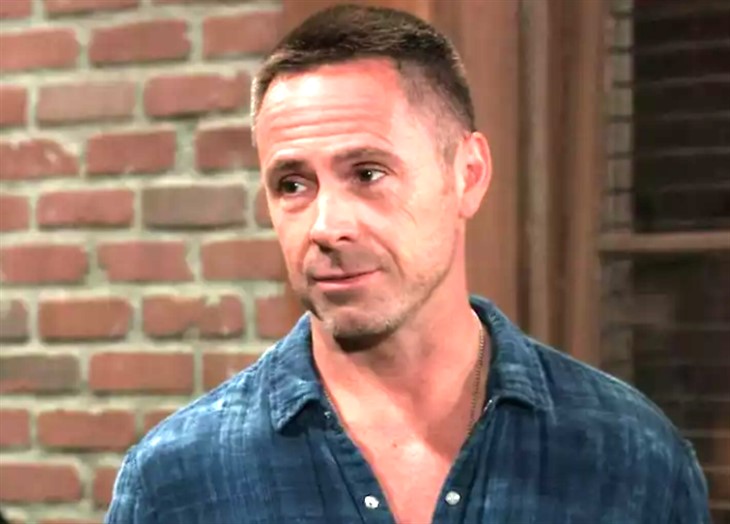 General Hospital spoilers show Julian Jerome (William deVry) has gotten in way over his head with Port Charles, NY villain Cyrus Renault (Jeff Kober). Nikolas Cassadine (Marcus Coloma) has offered him a way out on General Hospital, but will he listen to Ava Cassadine (Maura West) and take it?

General Hospital’s Cyrus has ordered Julian to kill Jason Morgan (Steve Burton) who is at the Floating Rib. Unfortunately, Jason has his son Danny Morgan (Porter Fascullo) with him. Julian isn’t likely to know that Danny is in the building when he sets the bomb to kill Jason.

However, once this information comes up, Julian knows that Jason will be determined to take him out. Julian will also further alienate his daughter Sam McCall (Kelly Monaco) by putting her son in danger. Julian knows if Cyrus doesn’t kill him, Jason will. Julian is going to need a way out and he will need it fast. Nik may be his only hope.

General Hospital’s Nik knows that Julian is putting everyone close to him in danger. This includes Nik’s wife Ava as well as her daughter Avery Corinthos (Ava and Grace Scarola). Ava has begged her brother to let Nik help him to get away before Sonny Corinthos (Maurice Benard) or Cyrus can take him out. Little does Julian know that Cyrus sealed his fate when he had Brad Cooper (Parry Shen) stabbed in prison.

Brad knows that the only person who would want him eliminated would be Julian. Britt Westbourne (Kelly Thiebaud) is working with Jason to take down Cyrus. Britt is doing to expect Jason to protect Brad in return. However, Brad is going to spill everything he knows about Julian and his involvement with the baby switch. Julian is going to have to move fast. Is Nik going to be fast enough to save Julian from both Sonny and Jason?

General Hospital’s Julian has no one in Port Charles who wants anything to do with him except Ava. The only way Julian can protect his sister and keep in contact with her is through Nik. Julian is likely to contact Nik as soon as he places that bomb and leave town without Ava’s knowledge. Julian knows he has to protect Ava from Sonny finding out her part in this. Julian is living on borrowed time and the clock is about to run out. Will, he ever see his sister again?

Nik has some connections but not as many as Sonny has. Can Nik follow through with his plan to protect Julian from Cyrus and Sonny? Can Julian make it out of Port Charles in time?