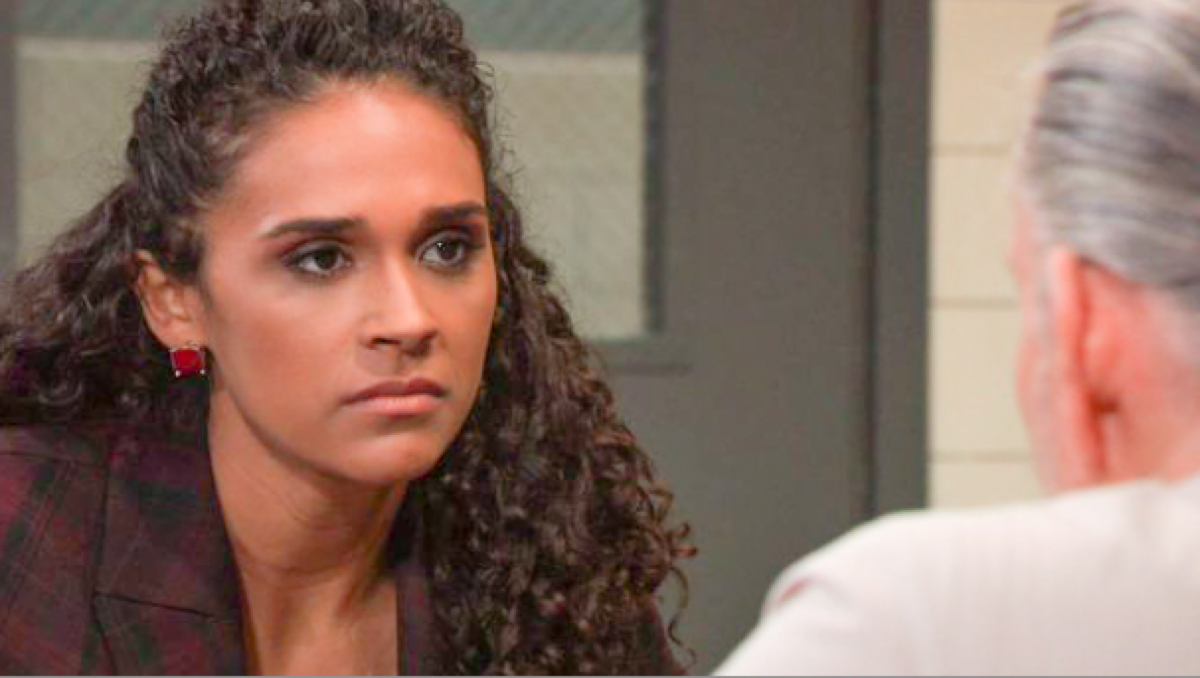 General Hospital (GH) spoilers tease that Jordan will realize that T.J. Ashford (Tajh Bellow) is in trouble and will see Cyrus Renault (Jeff Kober) for answers. Jordan Ashford (Briana Nicole Henry) learned about TJ’s disappearance from Molly Lansing-Davis (Haley Pullos) but did not think twice about it.

However, now that she has not heard from TJ ever since the day she proposed to Molly, she is starting to worry and will realize that he might have been taken by one of Cyrus’s men.

Cyrus has been giving trouble to Jordan and the member of the group that took down Cyrus using false evidence. Now with three of the members dead, Jordan is the only one left to target and target he has. As unbeknownst to Jordan, TJ has been taken by Cyrus’s men and being held captive.

When she told that TJ is missing, she tells Molly that it was not a big deal as he probably needed some space. However, she has not talked to him on the phone and is starting to get worried. She soon realizes that Cyrus is behind her son being missing but may decide not to tell anyone about it until she talks to Cyrus herself.

When she does talk to him, he will probably tease and taunt her about it instead of trying to help her. In response, she will get upset and be determined to find a way to get her son back. However, there will be some obstacles like others who will want to know what has happened to TJ. Jordan has been keeping secrets from the people close to her, so when Molly approaches her about TJ, she may not answer her questions.

Of course, Molly is not the type to give up and will probably keep asking her about it and demanding answers. Curtis Ashford (Donnell Turner) will also be curious about what is bothering Jordan, but she will brush him off and will not tell him anything.

What do you think? Will TJ be found? Will Jordan fill anyone in on what is going on? We’ll give you updates as GH news comes in. Stick with the ABC soap, and don’t forget to check Soap Opera Spy often for the latest General Hospital spoilers, updates, and new

The Young and the Restless Spoilers: Devon Follows Katherine’s Advice While Nate Stuck In The Middle