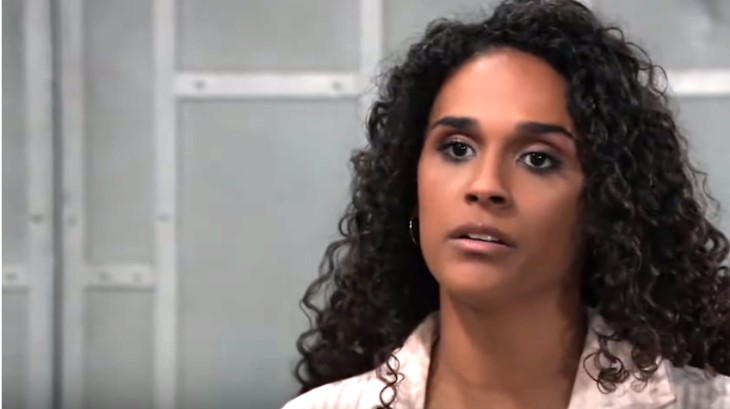 General Hospital spoilers indicate that Jordan Ashford (Briana Nicole Henry) is willing to do whatever it takes to save her son TJ, even if that means she has to put her own life at risk. With TJ being held hostage by Cyrus’ gang, Jordan is now working with the mob gangs of Port Charles to save her son before his abductor is released from prison. Here’s what you need to know.

Speaking to Soaps in Depth in a new interview, actress Briana Nicole Henry, who plays Jordan on the hit ABC soap, puts it this way, “Jordan’s feeling very frazzled right now. The lines of what is the right thing to do for her family, her colleagues and herself are all a bit stressed right now. She’s feeling confused about how to proceed with all of this.”

Needless to say, if there are two people who know exactly what to do right now, it’s most definitely Sonny Corinthos (Maurice Benard) and Jason Morgan (Steve Burton). Now that Jordan has told the authorities that her late colleagues fabricated evidence against the villain Cyrus, the game is going to change. That’s because both Sonny and Jason cannot get their hands on him. But with that said, Jordan still has her reservations about all of this.

When it comes to how Jordan feels about Sonny, Briana further explained, “She may not see him as an enemy, but he’s definitely not a friend. She always feels that trusting Sonny and being involved with anything to do with him could come back to haunt her.”

GH Spoilers – What Will Jordan Ashford Do Next?

With that said, General Hospital spoilers say that with the whole Cyrus fiasco, Jordan is already feeling the consequences of doing something is not the legal way. It’s definitely going to be interesting to see how far she will go to make sure that her son TJ is safe. The stakes are high. Of course, General Hospital fans will have to tune in to find out what will happen next. Check your local listings for times.