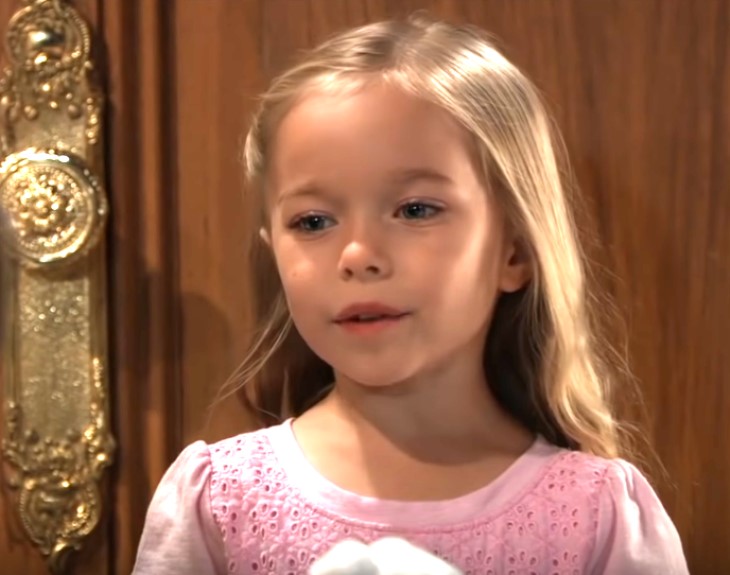 “General Hospital” has decided to shut down its production to keep their people safe amid the coronavirus pandemic. While there’s a shelter-in-place order in California, Jophielle Love, along with her family, decided to stay in France to wait out the crisis. The young actress is known for her role as Violet Barns, Hamilton Finn (Michael Easton) and Hayden Barnes’ (Rebecca Budig) daughter.

General Hospital Spoilers – The youngster wanted to update her fans and posted a short clip of her on Instagram.

“Hi everyone! I thought I would share some sweet outdoor fun with you all during these times of confinement! To see the whole video you need to go to my new youtube channel @ Jophielle Love and subscribe, hit the bell 🔔 Like ❤️ and all! My family and I escape confinement in LA for one more in nature at our house in France!” the caption read.

Although the show has shut down its production, the soap continues to air. “General Hospital” spoilers hint that Cyrus Renault (Jeff Kober) made a huge mistake when he decided to go against Sonny Corinthos (Maurice Benard) and Jason Morgan (Steve Burton). Long time viewers of the sudser know that these two won’t go down without a fight.

Fans may recall that Cyrus was after Jordan Ashford (Briana Nicole Henry) but Sonny got tangled up in the mess and his family are now at risk, as a result. Cyrus wants to destroy Port Charles and that includes all of its residents.

Laura Collins (Genie Francis) and Robert Scorpio (Tristan Rogers) won’t sit idly by. Later, the two will team up to bring Cyrus down. The latter’s list of enemies is growing by the minute.

General Hospital Spoilers: Jordan Was and Is a Dirty Cop – When Will She Get Her Just Desserts?https://t.co/1X3Jg3TvBC

Cyrus kidnapped TJ Ashford (Tajh Bellow) so he could blackmail Jordan. He’s demanding to get out of prison and Jordan is well on the path to giving him what he wants.

If he does get out of jail, he’ll surely go after Sonny and all his loved ones, an act which could push Sonny over the edge. Jason and Sonny are in way too deep and they could very well drag Sam McCall (Kelly Monaco) into all the chaos.

Sam wants TJ to get home safely and she may want to help Jason to make this happen. The problem is that this case is way too dangerous and Jason wants Sam to drop it. Will she heed Jason’s warning?