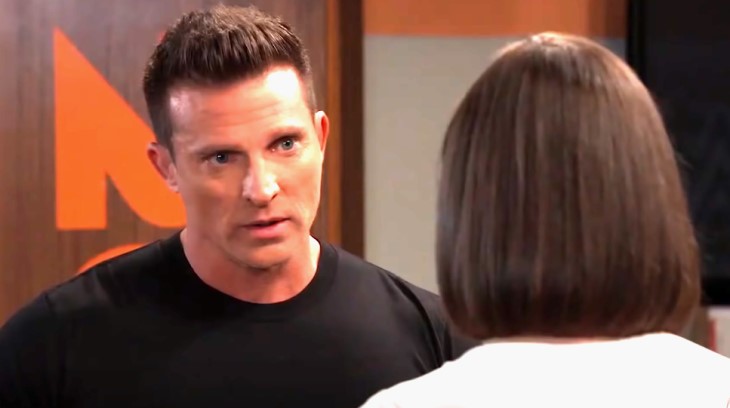 General Hospital viewers will recall that when Attorney Diane Miller (Carolyn Hennesy) met with Michael in a recent episode of GH, she told him that getting married would strengthen his case to obtain sole custody of him and Nelle Benson’s (Chloe Lanier) son, Wiley. However, when he and Sasha met with Diane together, she put the kibosh on marriage to Sasha, telling her that her recent past history of fraud would hurt the case. Of course, she was referring to the posing as Nina Reeves’ (Cynthia Watros) long lost daughter.

Then Sasha shocked Michael, Willow, and Willow’s detective boyfriend, Harrison Chase (Josh Swickard) when she suggested that Willow would be the perfect stepmother for Wiley and he should marry her! Chase immediately thought it was a bad idea because Willow was having a hard time with her grieving for her real son and being around Wiley had been making it even worse, but Willow looked thoughtful when Sasha made the suggestion; after all, she would be the perfect one, Wiley knows her and loves her, she loves him, and she thought she really was his birth mother for nearly eighteen months! She recently endured a beating trying to protect him from Nelle!

She doesn’t have anything in her recent past that the family court should question, other than that night in jail which actually had come about because of her trying to protect Wiley! She had been jailed over contempt of court because she refused to disclose to Shiloh Archer (Coby Ryan McLaughlin) where their baby was.

GH Spoilers – Willow Tait Is Still On The Fence

Willow is still on the fence about the marriage idea – mainly because of Chase! Michael is open to it – he knows of course this would be a marriage of convenience, and could be annulled once he has obtained sole custody. It certainly wouldn’t be the first time a man has posed as a birth father to protect a child on General Hospital, although this would be the first time that a woman has married a man to make a custody fight go through!

General Hospital Spoilers: How Long With ‘The Britch” Britt Stay In Port Charles?https://t.co/duirQ7AaKg

Jason has an investment in Wiley’s well-being as well, of course considering he cared for Michael during the time that Carly Corinthos (Laura Wright) was too depressed to do so when he was a baby, as longtime General Hospital viewers will recall. Jason will talk to Willow about helping Michael by marrying him to make sure that Nelle never gets a chance to hurt his family.

Jason is Carly’s best friend and he knows what she went through because of Nelle, much of which happened before Willow moved to town. He will tell her what Michael was like as a baby and a small toddler and how he has seen things in Wiley that reminded him of Michael, and convince her that this really is the best plan, and Chase will need to understand it’s not forever – he and Sam McCall (Kelly Monaco) have to stay away from each other too.

The Bold and the Beautiful Spoilers: Quinn Hopeful She Can Take Down Brooke With Dirty Revenge Plan