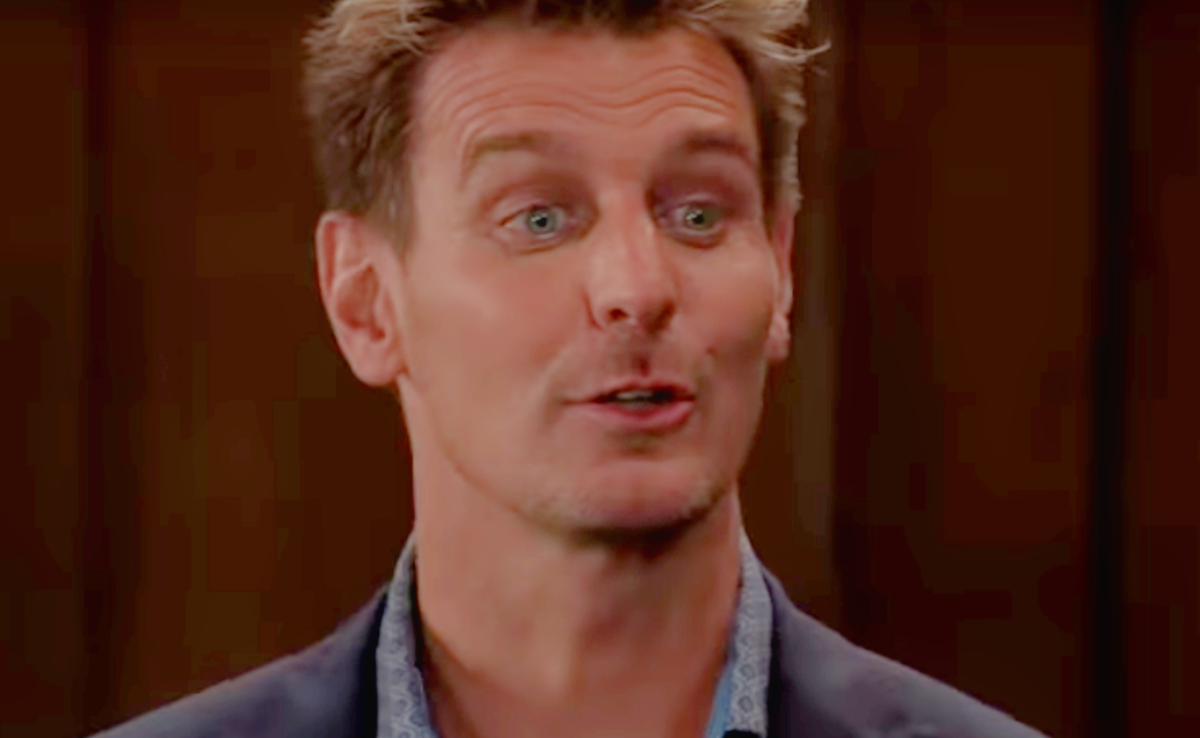 General Hospital spoilers tease that Jasper “Jax” Jacks is suspicious at some of the business decisions being made at Crimson Magazine – he thinks that possibly Nina Reeves’ (Cynthia Watros) new assistant, Nelle Benson (Chloe Lanier) might be making some on her own and signing Nina’s name to them, and he will be asking some serious questions in an upcoming episode of GH!

GH Spoilers: Jasper Jacks Knows That Nina Reeves Hired Nelle Benson And He Knows Her Reasons For Doing So

Jax knows that Nina hired Nelle and he knows her reasons for hiring her. But some of the pending projects are being signed without his authorization and he knows Nina wouldn’t do that, and he doesn’t sign off on them. He calls Nina for a private meeting to ask her about these projects.

He knows Nina only hired Nelle as an assistant but she wanted the position that Maxie Jones (Kirsten Storms) had recently vacated, and said she could do the job better than Maxie had – Nina suspects the same thing. She has been keeping an eye on her but Nelle is sneaky – and she can’t figure out how Nelle would gain anything by signing Nina’s name to projects that haven’t been approved yet! Is she trying to get Nina fired now so she can take her place?!

Just what is Nelle’s agenda? Jax replies that he thinks that could be a distinct possibility although she should know that she cannot pull the wool over his eyes! Nelle doesn’t know that Jax and Nina are involved enough that he would know that Nina would not sign off on pending projects that haven’t even been approved yet. Nina made that mistake giving Maxie the promotion to begin with and Jax overruled her and that’s why she left!

Nelle has been known for becoming involved with rich young men, getting them to change their wills so that she would inherit and they then mysteriously die – only she didn’t succeed with Michael Corinthos (Chad Duell). Nina tells Jax that she wanted this job to look good in the family court’s eyes and that it was all about the custody case over Wiley Corinthos (Erik and Theodore Olson) but maybe now she is changing her tactics to acquire wealth. Maybe she is concerned that she will not have enough funds to pay her child custody lawyer and she’s trying to climb the corporate ladder to be on an even financial keel with Michael.

Jax knows all too well what Nelle is potentially capable of from his conversations with Carly Corinthos (Laura Wright) and takes concern for Nina’s safety although Nina assures him she can take care of herself – she’s learned a trick or two from her ex-husband Valentin Cassadine (James Patrick Stuart) and she intends to “out-Nelle Nelle”!

Jax and Nina make a pact. Nina won’t be the only one checking up on Nelle and keeping an eye on her and what she does around the Crimson office. Jax tells Nina that he is going to bug the phones, the computers, and equip all parts of the Crimson offices with hidden security cameras so that they will know EVERYTHING and ANYTHING that Nelle tries to pull! He will clue in Carly since she co-owns the building along with Olivia Quartermaine (Lisa LoCicero) and every iota of everyone’s activities, business or not will be recorded, so no more “private meetings” that are TOO private in the office!

Jax will consult Crimson’s attorney just to make sure that anything recorded on this new hyper-security system can be used in a court of law as evidence, should the need arise, and that way they will know EVERYTHING that Nelle does or tries to do within the offices of Crimson!