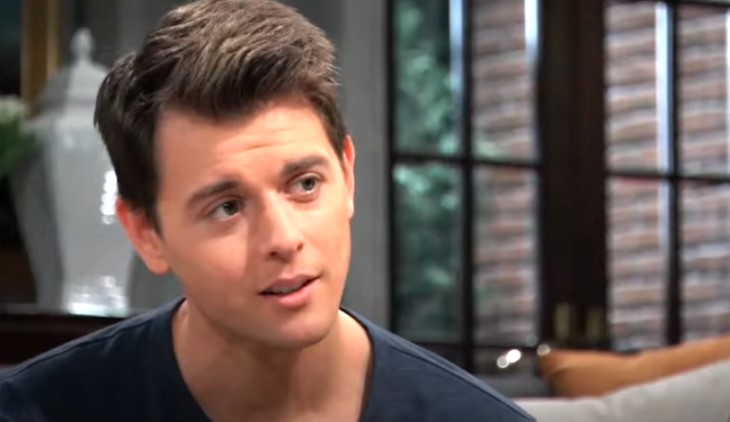 General Hospital Spoilers hint that Michael Corinthos (Chad Duell) may be forced to defend his past actions from when he was a child. Michael has been preparing for his trials for custody over Wiley Quartermaine-Corinthos (Eric and Theodore Olson) in upcoming episodes and feels that he is ready to do so. However, it seems that this custody trial will be full of surprises and Nelle playing dirty in upcoming episodes. As Nelle tries to disprove that Michael is a good father. However, how dirty will Nelle Benson (Chloe Lanier) play in regards to the trial?

It is no question that Nelle has played dirty before, and its no question that she will play dirty for this case as well. Nelle has found out that Michael and Willow Tait (Katelyn MacMullen) have gotten married to each other, and she is not happy about it. She acknowledges that this will give Michael an advantage as Michael was already the perfect parent for Wiley as he has the perfect life compared to her.

However, this will not stop Nelle from trying to go after what she wants, and as of right now, it is her son that she wants even if it is because of a rivalry with Carly Corinthos (Laura Wright). This could get her to counter Michael and Willow’s wedding with one of her own. However, if this is the case, it will be revealed later in the court case, but before, she will try to make Michael look bad.

She will decide to make Michael look bad, which will not be a surprise to anyone. However, Michael may have to defend himself during this trial as Michael will have to defend himself to the court about his past actions. With them doing this, it does show that they may be desperate and that they are grasping at straws compared to Michael. Nelle’s crimes are more current compared to Michael’s past crimes and bringing them up may have the opposite effect of what Nelle wants.

It seems that this court case will get ugly, but Michael may be prepared for it, although Nelle has a way of ruffling other’s feathers. We’ll give you updates as GH news comes in. Stick with the ABC soap, and don’t forget to check SOS often for the latest General Hospital spoilers, updates, and news.