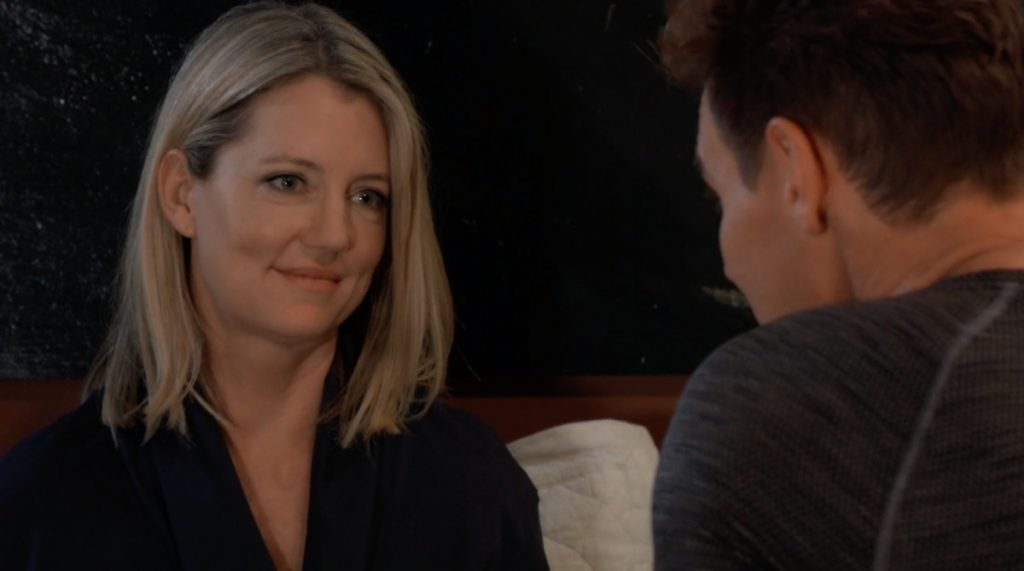 General Hospital spoilers reveal Jasper “Jax” Jacks (Ingo Rademacher) and Nina Reeves (Cynthia Watros) are beginning to give in to their feelings. It has been a romance that has been brewing for months and now they will become intimate. Recently, co-head writers Chris Van Etten and Dan O’Connor spoke about the romantic pairing and teased the mindset of both characters

Jax feels a lot of passion for Nina. However, he is being very careful not to push her into something she might not be ready to do. It isn’t just Nina he is careful and respectful of, though. Jax tries to be that way with all women. While that is admirable for a man, there is such a thing as being too careful and waiting too long to make a move.

GH spoilers indicate Nina doesn’t really want to wait around. She is just as passionate as Jax, but that’s not the only reason she’s gotten close to him. Over time, he has proven himself to be a valuable and trustworthy friend. Throughout all her troubles and uncertainties, Jax has been a listening ear. In fact, Jax is called a “safe and stable presence” in Nina’s life.

General Hospital Spoilers: Worth a Chance

Van Etten and O’Connor told Soap Opera Digest that over the past several months, Nina has learned that Jax might be worth taking a chance on. While their relationship is as friends, it has grown into something much deeper. Will becoming intimate change the dynamic of their relationship? Absolutely, but whether it changes in a positive or negative way remains to be seen.

General Hospital spoilers reveal Valentin Cassadine (James Patrick Stuart) will be on Nina’s mind in the beginning. However, once she and Jax get started moving forward with their passion, Valentin will be forgotten about. At least, his name and face will vanish temporarily, Van Etten teased.

“As they get on to discussing their feelings, he is less and less on her mind. At least for the 24 hours where they do the exploration!”

What will the future hold for Jax and Nina? Are you rooting for them as a couple or do you prefer the characters with other people? What kind of complications and issues will these two face once they become intimate? Keep watching the ABC soap opera to see how this storyline develops.

Be sure to catch up on everything happening with GH right now. Come back here often for General Hospital spoilers, news, updates and rumors!

Days of Our Lives Spoilers: Sonny And Will Separately Recall Their Last Valentine’s Day Together