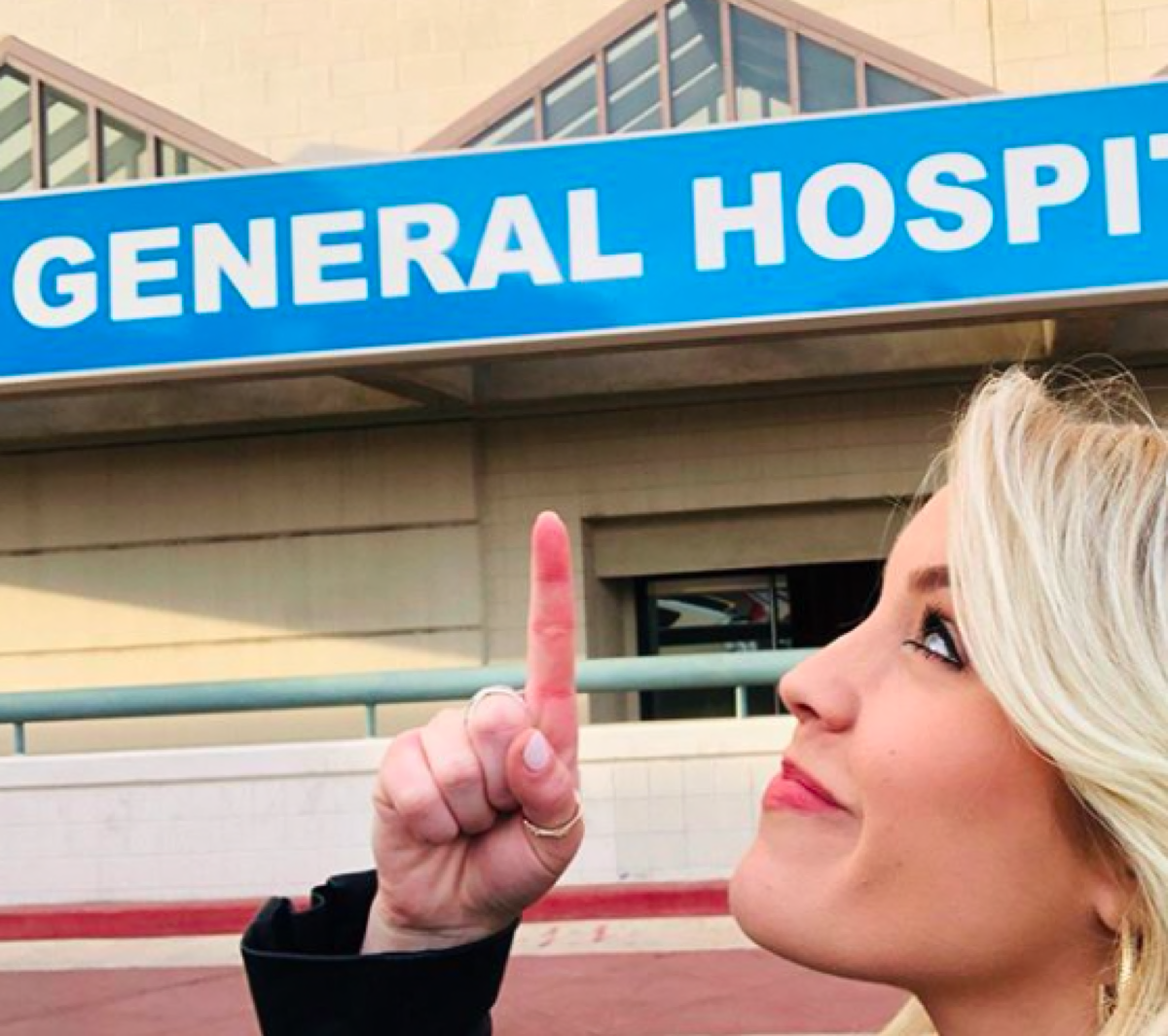 It was exciting to see Kristen Alderson back on the studio of her former soap home during the first week of March. However, she clarified that she didn’t film anything as Kiki Jerome but just dropped by “General Hospital” to visit her former boss Frank Valentini.

Throwback to last week when I made a super-quick trip to visit Brittany Underwood in LA,” the actress shared on Instagram. In the post, the actress uploaded a photo of her pointing to the “General Hospital” name of the building.

“Got to visit my old job and catch up with Frank (my boss of many, many years) and no, I didn’t film anything. Haha!” she continued.

The actress also revealed that she visited her best friend, former “One To Live” co-star, Brittany Underwood. Viewers may recall that Alderson took on the role of Star Manning on the now-defunct sudser from 1998 up until the show’s cancellation back in 2012.

“I’m so grateful to have Brittany in my life,” Alderson said. “We managed to squeeze in four days of laughter and good times. Love you!” she continued.

Frank Valentini was the former executive producer of “One Life To Live.” When he moved to “General Hospital,” he brought Alderson with him and had her reprise her role of Star on the sudser. However, there were some legal issues involving the rights of the OLTL character. As a result, Alderson dropped the role of Starr and debuted the character, Kiki Jerome, in 2013. When she decided to leave the show in 2015, Hayley Erin took over her role until the character’s death in 2019.

Throwback to last week when I made a super quick trip to visit @britt_underwood in LA🤗 Got to visit my old job & catch up with Frank (my boss of many many years🥰) and No, I didn’t film anything😉 haha I’m so grateful to have @britt_underwood in my life🥰 We managed to squeeze in 4 days of laughter & good times. Love u💘😂 #TBT

Alderson landed the role of Starr Manning on “One Life to Live” when she was six years old. She debuted character back in 1998 and she was moved to a contract role in 2001. When not in the soap, the actress appeared on TV commercials for companies like Citgo, JC Penney, and Soap Network.

Her work on OLTL earned her a Soap Opera Digest Award Favorite Teen in 2005. In 2012, Alderson, Kassie DePaiva, Michael Easton, and Roger Howarth were asked to reprise their OLTL roles on ABC’s “General Hospital.” As mentioned earlier, there were legal disputes which forced the show to drop the OLTL characters. In order for Alderson to stay on the show, soap bosses decided to create a new character for her.