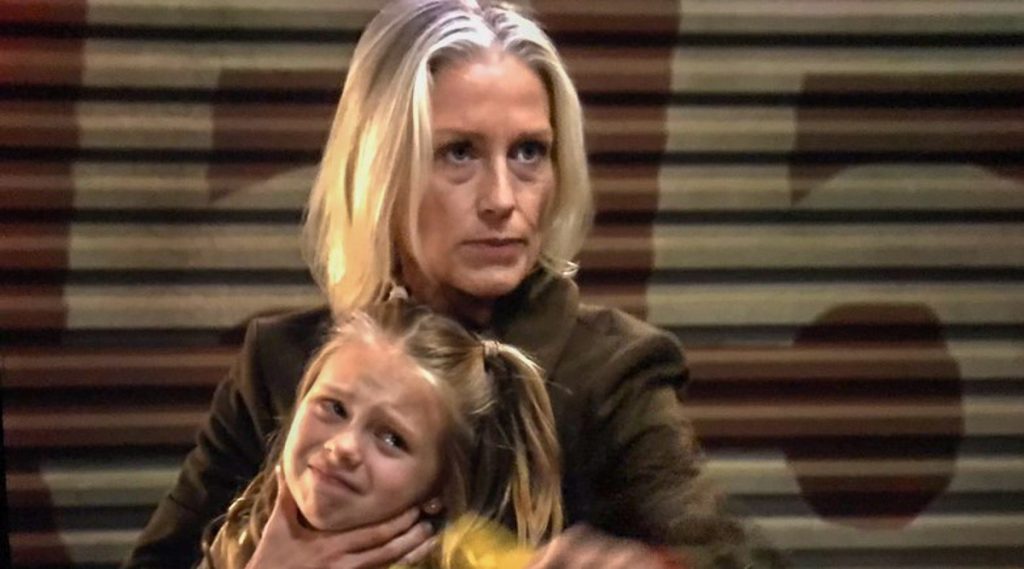 At Anna Devane’s mansion, Hamilton Finn (Michael Easton) comes downstairs and Hayden Barnes (Rebecca Budig) has ordered breakfast for them. Hayden is only wearing a shirt as they sit down and Finn says it wasn’t necessary for her to do this.

At Jasper Jax’s (Ingo Rademacher) home, Nikolas Cassadine (Marcus Coloma) walks in the back door. Jax jumps up and grabs him by the collar and wonders where the hell he has been. Jax yells at him to stop leaving the damn house!

Jordan Ashford shows up at the house and says it’s a huge coincidence that his credit card matched the receipt of the van that helped Cassandra escape.

GH Spoilers – Josslyn Jax wants to move in with her father

At the Corinthos mansion, Trina Robinson (Sidney Mikayla) questions why Josslyn Jax (Eden McCoy) would want to leave such a sweet setup that she has at home. Josslyn wonders why she has to wait to move in and goes to question her mom Carly Corinthos (Laura Wright). Carly says Donna was up all night and Josslyn brings up moving in with her dad again.

Josslyn reiterates that she needs to live somewhere with no memories of Oscar.

At Shadybrooke, Ava Jerome (Maura West) hears a knock at the door and tells them to go away. The door opens and its Sonny Corinthos (Maurice Bernard) with their daughter Avery. Sonny says Avery has been asking to see her mother and he explains that Laura Spencer (Genie Francis) said it was a good idea to bring her.

Ava thanks Sonny for bringing Avery and tells him privately what is happening to her. He tells her to please get better for Avery’s sake.

At the PCPD, Lulu Spencer (Emme Rylan) shows up and she embraces her daughter Charlotte. Valentin Cassadine (James Patrick Stuart) tells Anna Devane (Finola Hughes) that he is so grateful that she saved Charlotte’s life. Lulu lets Charlotte leave with Nina and Valentin, which upsets her.

As they eat breakfast at Anna’s, Violet comes running into the room to join them. Violet asks to go to the park and they say they need to tell her something. Finn explains that he is actually her real father and she asks if he loves her. Finn says he loves her more than he ever could have realized.

Jax is able to get Jordan to back down, she leaves and Nikolas thanks him. Robert tries to tell Anna what is going on with Hayden and Finn but Chase interrupts. At Wyndemere, Lulu goes by to see Charlotte and the family decides to be a united front. Trina goes by Shadybrooke to talk to Ava about the internship and Ava calls her “Kiki.” As they have breakfast, Finn and Hayden hear the door open – in walks a shocked Anna…….flash to preview.

Some exciting scenes are coming up on General Hospital, airing weekdays on ABC. And don’’ forget to check back here regularly for all your General Hosptial news, information and spoilers!