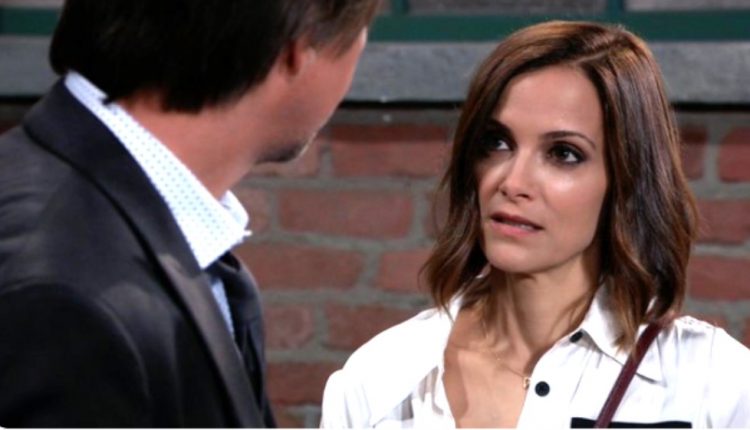 As General Hospital viewers will recall, Hayden was forced out of Port Charles and into hiding by Nikolas Cassadine (Marcus Coloma) several weeks ago now, bordering on months, when he gaslighted her into going into hiding and leaving Violet Barnes (Jophielle Love) who is missing and needing her mommy, and Finn is running out of explanations for Violet as to where her mommy is, or if she is ever coming back!

When Finn confronted Nikolas in a recent episode, he acted surprised that Hayden still hadn’t reached out to Violet, even though he had been previously confronted by Jasper Jacks (Ingo Rademacher) who had not been able to reach her, with her cellphone having been disconnected!

GH Spoilers – Dr. Hamilton Finn May Be Suspicious That Nikolas Cassadine Did More Than Scare Hayden Barnes Away

Finn may be suspicious that Nikolas did more than scare Hayden away, he may suspect that he made her disappear – like Sonny Corinthos (Maurice Benard) would make someone disappear! He knows from Jax that Nikolas overheard Hayden talking to Valentin Cassadine (James Patrick Stuart ) about taking payment for information about the portrait of Helena Cassadine (Constance Towers) which had contained the codicil to Mikkos Cassadine’s (John Colicos) will – which Nikolas now has, and that afterward he forced Hayden to abandon Violet and disappear.

Finn may also know that Nikolas had tried to murder Hayden before when they were married. Nothing has been mentioned of Hayden and Nikolas divorcing, and now he has married another woman – Ava Jerome (Maura West). This is all very, very suspicious!

General Hospital Spoilers – Dr. Hamilton Finn Threatened Nikolas Cassadine That He Would Not Get Away With This

Finn threatened Nikolas when he confronted him and told him that he would not get away with this – meaning-making Hayden disappear. He told him he had better find Hayden and bring her back to Port Charles. A person’s cellphone is not disconnected unless they either don’t pay their bill or they change their number, and Hayden would have contacted someone by now if she was able to, even if it were just a letter with no return address!

Finn knows there is much more to Hayden’s disappearance than just being scared, and he knows that once Hayden knew that Valentin was no longer a threat to her, which he probably is not, that she would make contact. It’s not like there are no newspapers, no internet, no way of her knowing what was happening back in Port Charles, and she hasn’t been in contact with her sister Elizabeth Baldwin (Rebecca Herbst) either! Hayden knows how to hide and she knows how to tell when she can come out of hiding!

The more Finn thinks about the circumstances of her disappearance and the increasing amount of time she has been gone with her phone disconnected, the more he will become convinced that Nikolas made her disappear permanently and take his suspicions to either Anna Devane (Finola Hughes) or the police!