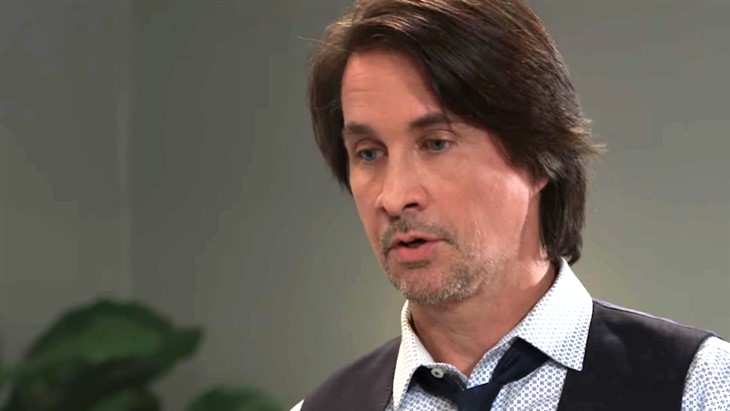 ABC General Hospital spoilers and updates reveal Hamilton Finn (Michael Easton) and Portia Robinson (Brook Kerr) will bond over their daughters. Is a new romance blooming between the doctors?

General hospital’s Portia’s daughter Trina Robinson (Sydney Mikayla) has just lost her father, Marcus Taggert (Real Andrews). Trina is having a huge problem dealing with her loss and blames Curtis Ashford (Donnell Turner) for it. Trina is mad at the world. Portia really doesn’t have anyone to talk to about Trina’s issues. However, Portia will find a confidant in Finn who’s daughter is having similar issues.

Hamilton Finn’s Daughter Was Abandoned By Her Mother

General Hospital’s Finn’s daughter was abandoned by her mother. Hayden Barnes (Rebecca Budig) disappeared out of Violet Finn’s life and hasn’t been seen in months. Violet often questions Finn about her mother’s absence. Violet doesn’t understand why her mother just disappeared out of her life. Violet longs for the parent who has been there her whole life. Unfortunately, Hayden is nowhere to be found. No one knows what happened to Hayden after Nikolas Cassadine (Marcus Coloma) forced her to leave town. Nik claims to know nothing about Hayden’s whereabouts, so who does?

Although Finn is engaged to Anna Devane (Finola Hughes), Anna can’t come close to understanding what Finn and Violet are going through. Portia is a single parent as well. Portia is also a doctor as Finn is. Both understand the difficulties of being single parents and trying to deal with their child’s hurt. Both Finn and Portia are at their wit’s end when it comes to helping their children cope. Perhaps Portia and Finn could discuss their difficulties and help each other. Could Finn and Anna have more in common than they know?

Could A New Romance Be Blooming?

With General Hospital’s Finn and Portia spending time together working at the hospital and bonding over their children. Could a new roman be blooming? Anna’s defense of Peter August (Wes Ramsey) always annoys Finn. Finn is very likely to tell Portia about his and Anna’s differences of opinion. Will love bloom while these two discuss their children?

Will Anna’s continued defense of Peter be the last straw for Finn? Anna has no one but herself to blame if Finn finds someone new, after all, she continues to support Peter no matter what he does. Finn has already moved out once, will he move out again?

Finn and Anna just don’t match, however, Portia may be a different story. Will Finn and Anna become the new Port Charles couple? Could Finn and Portia have an affair over this last round of Peter’s worship?