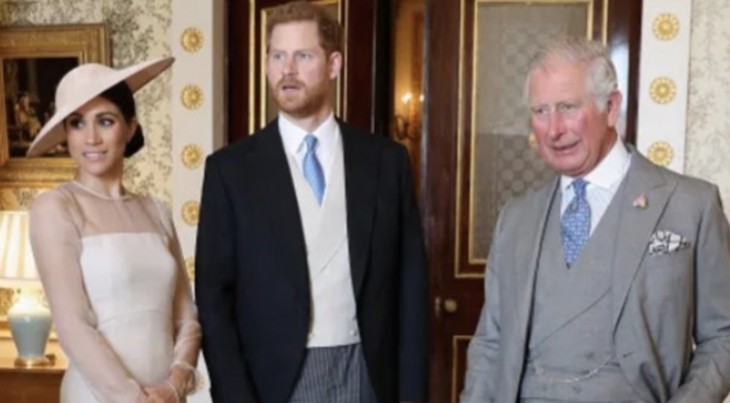 Apparently, there is some bad blood between Prince Harry and Prince Charles. Well, maybe not so much bad blood as a profound disappointment on the part of Prince Harry in his father’s overall treatment of him and Meghan Markle. According to bombshell reports in the new book, “Finding Freedom” written by Carolyn Durrand and Omid Scobie, published by Harper Collins, and scheduled for release on August 4, 2020, Harry felt Prince Charles and other senior royals constantly passed him over in favor of Prince William and others.

In terms of being “passed over,” apparently Prince Harry felt that his plans, his initiatives, anything he wanted to accomplish, was always placed on The Firm’s back burner. This too has been given as yet another reason for Prince Harry’s overall frustration with remaining as a senior member of the British Royal Family and why he chose to ultimately step away.

Now, it should be noted that Prince Charles was never interviewed and hasn’t said anything to defend himself. Moreover, the reports of Harry’s supposed frustration with his father also do not have any first-hand interviews to corroborate them. With that said, insiders have claimed that everyone understood Prince Harry’s frustration and so did Prince Charles. From this perspective, Prince Charles merely believed that Harry needed to wait until the monarchy was streamlined … in other words, he needed to wait for Charles to become king and for Charles to begin pairing down just who was considered a senior, working Royal in the future.

Once that happened, then Prince Harry’s ideas and initiatives and personal hopes for the future could be more fully realized. Obviously, Prince Harry didn’t like the idea of waiting for all of that to take place. Thus, off he went with Meghan Markle by his side to forge a new life for himself across the pond in Los Angeles. However, many believe that Prince Harry just didn’t think things through.

In fact, Graydon Carter, a former editor with Vanity Fair suggested in an interview that Harry would return to the U.K. in the end. “Los Angeles is not a place for people who don’t have a part in the professional firmament. Meghan was on a middling TV show that a lot of people didn’t see, and as for Harry: being a soldier and liking football are just not saleable talents out there.”

Moreover, Mr. Carter went on to suggest that neither Meghan Markle nor Prince Harry are winning friends in America. “I think it’s very hard to start telling people about the fate of the planet when you’re flying in private planes, living in a 14-bedroom Beverly Hills mansion and living off the state. I really don’t think you can lecture people from that position.”

For those who don’t know, Mr. Carter’s comment about living off the state wasn’t talking about Meghan and Harry living off of the United States taxpayer. His comments referred to the fact that Prince Harry and Meghan are still living off of the £2.5 Million given them by Prince Charles’s Duchy of Cornwall.

The bottom line here is that while it’s quite understandable for Prince Harry to be frustrated if all his plans really were constantly being put down, belittled, or put at the end of the line. However, the truth is that even if that’s the case, Prince Harry and Meghan Markle were (and are) set for life, and from the perspective of the masses, they don’t have a thing to complain about.

Days Of Our Lives Spoilers: Nicole Urges Allie To See Her Baby Boy, But Why The Push?