General Hospital Spoilers: Dev Suspicious Of Brando – Does Not Trust Him Feels He Has An Agenda 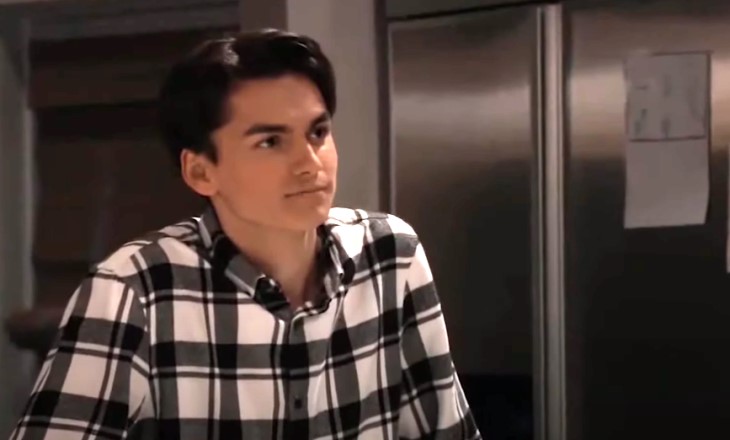 However, they have had limited communication and almost no scenes together expect for about two scenes since he came on the scene. It seems soon he will have more scenes with Brando, which may raise some red flags for him as he realizes that something is not right.

It has been a while since viewers have seen Dev on their screens, but it seems that he will be back soon. It seems that his scenes may involve Brando in them and may result in Dev to not trust his pretend father. He might not be alone in this either as some fans have already pointed out some suspicious actions of Brando that have gone unnoticed by some of the characters.

Not to mention that Dev has spent his life having to have a good judge of the character of the people around him in order to know rather he can trust them or not. So, if Dev does not trust Brando, that may mean that Brando is hiding something. It will be interesting to see what this could be.

He will not be the only one who does not trust Brando as he will have more run-ins as time goes by. For one, Carly seems to have mixed feelings about Brando. Almost like she wants to like Brando but does not know if she should. As for Sonny Corinthos (Maurice Benard), he will soon be wary of Brando as well. This might have to do with his interaction with Mike Corbin (Max Gail), who also does not trust Brando.

Lastly, Brando will get on Sam McCall’s (Kelly Monaco) bad side as well. This could be for one of two reasons. One, she might not like his relationship with Molly. Two, she may be suspicious of Brando’s behavior. There is the third option, but it would more than likely be that it could be both the first and second options.

Viewers may see that more characters will begin to distrust Brando. What do you think? Should Brando be trusted? We’ll give you updates as GH news comes in. Stick with the ABC soap, and don’t forget to check Soap Opera Spy often for the latest General Hospital spoilers, updates, and news.

The Bold and The Beautiful Spoilers: Bill Helps Wyatt Work Through His Guilt & Feelings Of Responsibility For Sally And Flo