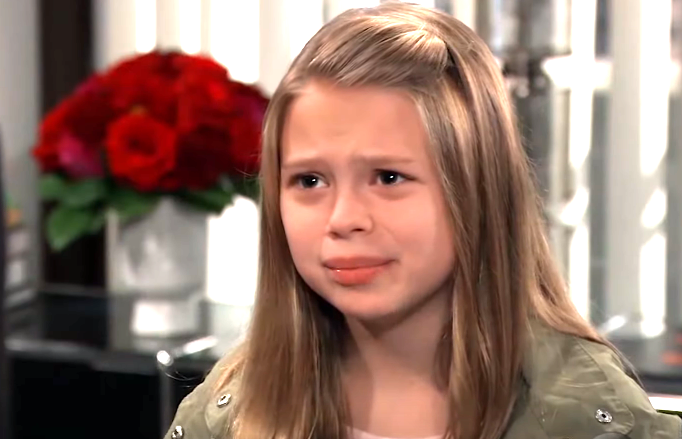 General Hospital fans often say that hatred means the actor is good at the role they are playing. This may be true but it’s a shame that children are attacked over a role on TV. Scarlett took to social media to state how sad it is that people cannot distinguish between the actor and the role. Scarlett has come under attack because Charlotte chose to take a snake to a birthday party and put it in a pinata. However, the snake somehow made it’s way to Ava Jerome’s (Maura West) purse. Scarlett is a child and of course, she finds it hard to understand that viewers cannot tell the difference between her and her character. Scarlett is just playing a role, no matter how many rotten things Charlotte may pull.

General Hospital Spoilers: Nikolas & Ava Have Not – Are They Falling In Love? https://t.co/FGqq1nfIxj pic.twitter.com/8UbFg2ZB07

General Hospital’s Nicholas who plays Charlotte’s cousin Spencer Cassadine was quick to chime in with support with his disappointed emoji and “get used to it sister”. Nicholas has been attacked himself over his role as Nicholas Cassadine’s overly spoiled son. Nicholas and Charlotte have often spared onscreen as well. However, his support for his GH costar was touching. Nicholas has been called names over his role and people have often wished that he wouldn’t return to GH. Some fans have even called for a recast. Nicholas’ support has been very nice for Charlotte because at least she knows she has his support and understanding.

GH Spoilers: Several Fans Have Jumped In To Support Charlotte

Several GH fans saw what was happening and jumped in to defend Scarlett. Most fans understand that Scarlett is playing a role and her actions are very understandable. Few GH children have been through the upheaval that Charlotte has been through. After all, Charlotte was taken away from her father years ago by her surrogate mother. Charlotte never knew her birth mother until years later. Charlotte has gotten attached to Nina Reeves (Cynthia Watros) only to have her taken away as well. Charlotte has lost so much in her young life that it would be strange if she didn’t act out. So why attack the actress for doing her job?

Scarlett is doing a wonderful job portraying Charlotte. We cannot wait to see what is ahead for Scarlett and of course Charlotte. Hopefully, Scarlett can learn to ignore the haters and enjoy her job.

The Young and the Restless Spoilers: Victor Does Damage Control With His Family