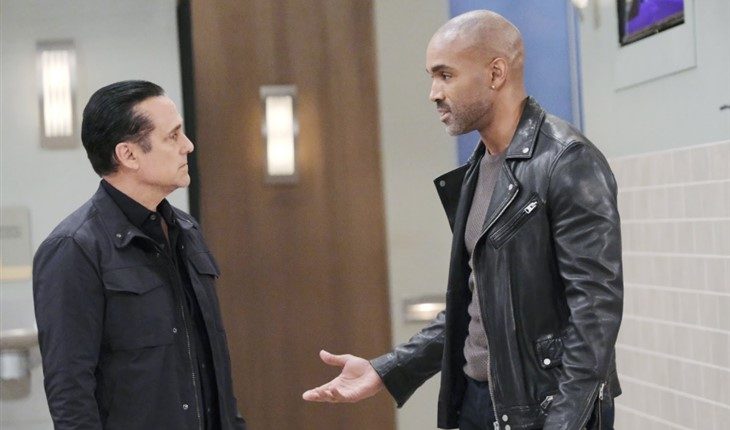 General Hospital’s Curtis Ashford (Donnell Turner) is concerned about this wife, Jordan Ashford (Brianna Nicole Henry). However, Jordan continues to lie to Curtis to protect him and T.J. Ashford (Tajh Bellows). Will Curtis take matters into his own hands to help his wife?

General Hospital’s Sonny Corinthos (Maurice Benard) is vulnerable now that Jason Morgan (Steve Burton) is in the hospital. The news about Jason’s accident isn’t good. Jason was trying to help Jordan try to get out from under Cyrus Renault’s (Jeff Kober) thumb. Unfortunately, for Sonny, Jason cannot be there to protect them. Jason is completely unresponsive and his test results don’t make it look like he will be well any time soon. Will Curtis fake a breakup with Jordan to help Sonny?

If Jason were to fake his death or be stuck in a coma, Sonny will still need help. Jordan refuses to let Curtis help her so Sonny could be the next best thing. Sonny is trying to help protect Jordan and Port Charles. Curtis knows that Jordan could lose her job without help. Sonny could be the only way he can help save his wife.

Curtis is not a stupid man and it doesn’t take much to figure out that Jordan is still working for Cyrus. Perhaps enough is enough and Curtis is done. Curtis may feel like less of a man because his wife refuses to involve him in this mission. Curtis feels pretty useless when he can’t help at all. Curtis also feels that Jordan could hire him as a cop and let him help or at least disclose all of the information she has with him. Curtis can’t even spend time with his wife because of this alliance with Cyrus.

Could Curtis override his wife’s orders and join Sonny’s organization to save her from herself? Will Curtis protect his family and help take Cyrus down as well?