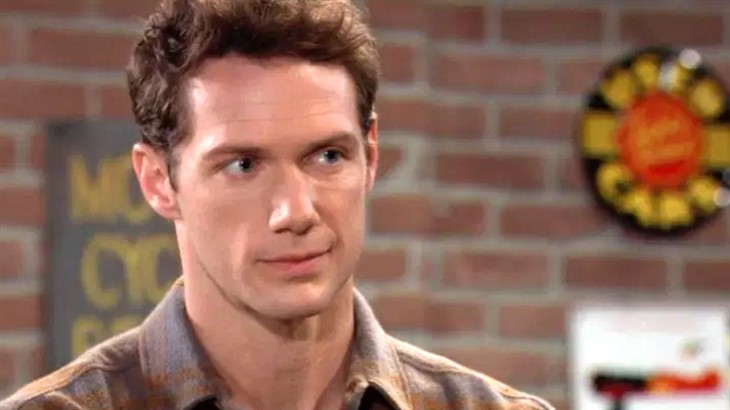 General Hospital’s Jason always does maintenance on his own motorcycles. Jason used to have a bike shop years ago and knows how to repair them. Jason did not hire Brando to work on his bike. Jason asked for a part to be ordered and nothing more. However, Brando told Jason he installed the part for him. Brando also didn’t accept payment for the labor either. Jason thanked Brando and left having no idea his life was on the line by getting on his bike.

GH Spoilers – Cyrus Renault Was There Before Jason Morgan

General Hospital’s Cyrus was at the shop before Jason got there. Cyrus told Brando he needed to talk to him about something besides a car problem. Did Cyrus ask Brando to sabotage Jason’s motorcycle? Cyrus could have some leverage over Brando but it is unlikely that Brando would betray Sonny Corinthos (Maurice Benard) after he gave him the garage. Why would Brando bite the hand that feeds him?

Perhaps General Hospital’s Cyrus knew that Brando would never turn on Sonny nor Jason and distracted Brando while someone sabotaged Jason’s bike. Why would Cyrus even come to the garage if he didn’t have a car problem? Brando knows that Sonny and Jason would protect him from anyone. It makes no sense that Brando would want to hurt Jason. Who sabotaged Jason’s bike, was it Brando or someone else?

General Hospital’s Cyrus would have no reason to go after Jason at this point unless he knew Jordan was confiding in him. Cyrus is determined to make Jordan do his bidding. Jordan is supposed to be working for Cyrus however, she could speak up at any time. Jordan could let anyone know that Cyrus is blackmailing her and seek help. It is only natural to assume that Cyrus is having Jordan watched daily. Jordan’s defense of Jason at the courthouse. Did someone see Jordan and Jason together? Could someone have heard their conversation and alerted Cyrus?

It seems way too obvious that Brando sabotaged the bike. Brando working for Cyrus would be a death sentence even if he is related to Sonny. Brando is being set up to take the fall for someone who is working for Cyrus. Sonny will be by the garage to question Brando after Jason’s accident.

Will Brando reveal that he’s being blackmailed? Will Sonny accuse Brando of trying to kill Jason? Will Sonny believe that Brando had nothing to do with the accident? Will Brando flea to save himself from Sonny’s wrath?