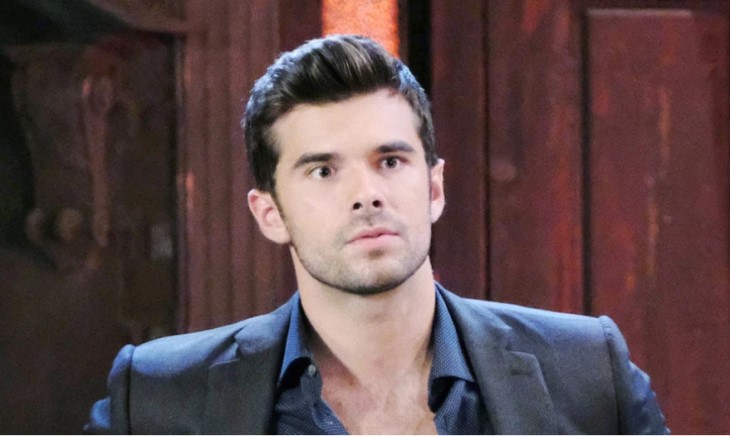 General Hospital spoilers tease that Detective Harrison Chase (Josh Swickard) will have a strange wedding present for Michael Corinthos (Chad Duell) in a future episode of General Hospital – he’ll crash the wedding dressed in a tux, and not only that, he’ll stop the wedding and try to steal the bride!

Josh Swickard had posted a picture in Instagram of himself and Chad Duell wearing the tuxedos minus the jackets and walking out of what appeared to be a large building together – possibly the General Hospital studios, with a humorous remark about their needing to check with each other to coordinate clothing with each other! 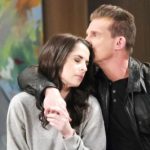 Instead of what the two now uncoupled couples originally talked about, which was Michael and Sasha getting married and Chase and Willow Tait (Katelyn MacMullen) possibly standing up for them with Chase as best man and Willow as maid of honor, now Michael hates Sasha for dumping him for Chase, and he hates Chase for the affair with Sasha – which, as General Hospital viewers will recall was faked to drive Michael and Willow together for Wiley Corinthos’ (Erik and Theodore Olson) sake and to help Michael win sole custody of him.

Attorney Diane Miller (Carolyn Hennesy) had put the kibosh on his marriage to Sasha, even though she wasn’t quite sure she was ready to be a mother she agreed to marry him for Wiley’s sake – but Diane had pointed out that Sasha’s quite public reveal that she had committed fraud to pose as Nina Reeves’ (Cynthia Watros) long lost daughter had caused Sasha to become a liability because the family court would frown on such a woman being Wiley’s stepmother, even though Michael himself has a much worse criminal record!

Michael did time in Pentonville Prison for killing his stepmother Claudia Zacchara (Sarah Joy Brown) with an ax handle, trying to protect his then baby sister, Josslyn Jacks (Eden McCoy) because Claudia had been in the car with Carly Corinthos (Laura Wright) after kidnapping her from the Metro Court, and Carly wrecked the car to get away from her. Later she found shelter in a cabin and as she was giving birth to Josslyn, Claudia found her! Claudia had become obsessed with baby Josslyn and snatched her and was on the way out of the cabin when Michael bludgeoned her.

Jason Morgan (Steve Burton) burned the cabin down with Claudia’s body in it to try and cover it up, but Franco (at that time called Robert Frank and played by James Franco) was nearby and took photos of it all to blackmail Jason! For some inexplicable reason pretending to be someone’s long-lost daughter to try and heal her broken heart sounds worse to family court than murdering someone trying to protect his baby sister – on the other hand, we can see how Diane maybe could spin that in a positive manner, with a lot of emphasis on PROTECTING HIS BABY SISTER!

Chase crashes the wedding dressed in a tux and ready to push Willow out of the way and marry Sasha! Just as the officiant (yet to be revealed) asks if anyone objects, Chase objects and tries to beg Willow to marry him instead and blurts out the whole story right in front of God and everyone at the wedding! Michael and Willow are both shocked and Michael will likely not believe a word of it!

There are other General Hospital spoilers saying that Mac Scorpio (John J. York) will pull Chase aside and Carly will give him an earful, which could hint at him forcibly being removed from the wedding venue! General Hospital viewers know that Chase took a while to agree to this whole plan, and he is devastated that he has lost his girlfriend and is already starting to regret his collusion with Sasha to push Michael and Willow together, and Sasha is regretting it just as much as Chase!