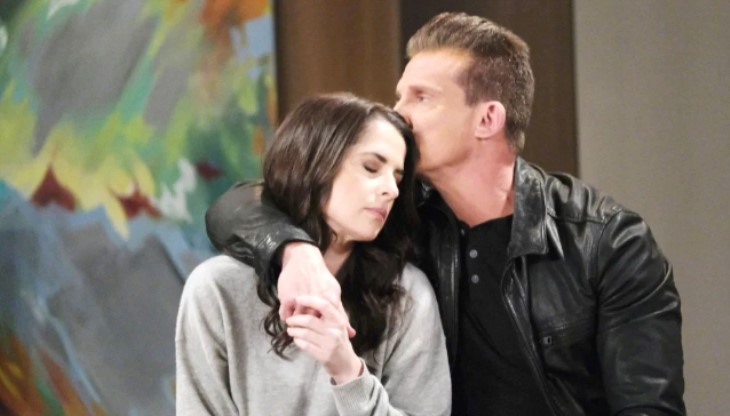 General Hospital spoilers indicate that everyone’s favorite couple in Port Charles, Jason Morgan (Steve Burton) and Kelly Monaco (Sam McCall) will be forced to practice some social distancing in the near future. And that’s not because the government is telling them to do so, but because of their own personal choices and decisions. In other words, it looks like ‘JaSam’ is on the brink of collapse once again, much to the dismay of fans everywhere. Here’s what you need to know.

There’s no doubt in anyone’s mind that Sam should have never been sent to prison for killing the controversial cult leader, Shiloh Archer (Coby Ryan McLaughlin). While yes, no one would argue that murdering another human being is perhaps the worst thing that anyone can do, for Sam, this murder was justified. That’s because she helped make Port Charles a safer place by getting rid of one of the most deranged and dangerous men that the city has ever seen.

However, Sam’s current situation has caused a lot of problems between her and Jason and of course, their love lives. General Hospital spoilers say that Jason will work hard to try and make Sam realize that they must remain apart – both due to the conditions of her release and for the safety of their children. Unfortunately, the star-crossed lovers are clearly struggling with their separation.

GH Spoilers – What’s Next For Jason Morgan And Sam  McCall?

In order to protect Sam and their family, does this mean that Jason will be forced to permanently pull the plug on his long and difficult relationship with Sam? That’s how it is looking like right now. It will be interesting to see if Sam will comply or if she will continue to make his life hell, for better or for worse. Of course, General Hospital fans will have to tune in to find out what happens next!

General Hospital airs weekdays on the ABC network. Check your local listings for times. In the meantime, don’t forget to check back right here for all the latest news, updates and spoilers on your favorite daytime television shows including The Young and the Restless, The Bold and the Beautiful, General Hospital and Days of Our Lives.

The Bold and The Beautiful Spoilers: Waffling Runs in the Spencer family – Can Bill, Wyatt & Liam Ever Be Faithful?