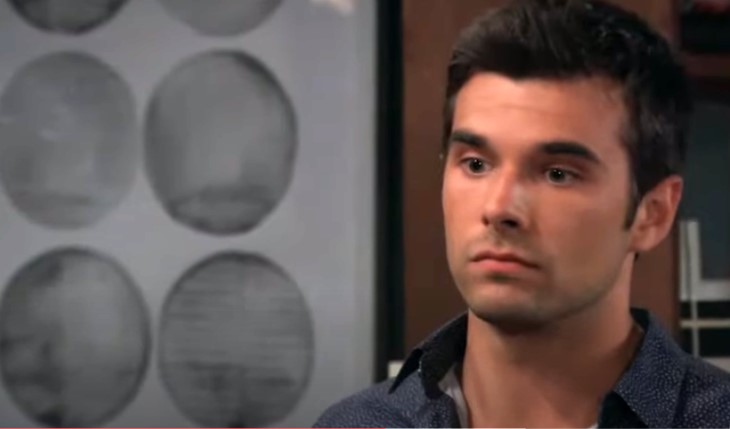 ABC General Hospital updates and spoilers hint that Harrison Chase (Josh Swickard) will have his job put at risk unless he makes peace with Brook Lynn Quartermaine (Amanda Setton). Chase and Brook Lynn have been having numerous run-ins with each other, which usually ended, in the same way, each time.

It usually ended with Chase arresting Brook Lynn, but it seems that it will backfire on Chase as he will learn that he has to make peace with Brook Lynn. However, will he make peace, or is he willing to let his job go?

Chase and Brook Lynn had not had the best history so far as when they first met each other, Brook Lynn hit him. The second time they crossed paths, the same things happened, and both times Brook Lynn was arrested for her actions. However, it seems that they will have a change in dynamic very soon as Chase arrested her for the third time after Brook Lynn is given a citation from Chase.

Although the other times made sense and were by the book, this time might have been more out of frustration and will make him seem like he is abusing his power, and he will be told to make things right with Brook Lynn. However, will Chase listen?

It seems that Chase will have a decision to make in upcoming episodes of General Hospital. This could result in weather or not Chase will keep his current job or if he will get in trouble for his abuse of power. What do you think? Will Chase make nice with Brook Lynn? We’ll give you updates as GH news comes in. Stick with the ABC soap, and don’t forget to check Soap Opera Spy often for the latest General Hospital spoilers, updates, and news.

The Young And The Restless Spoilers: Victor Knows About Vegas – Adam’s Two Murders Too Much To Bear