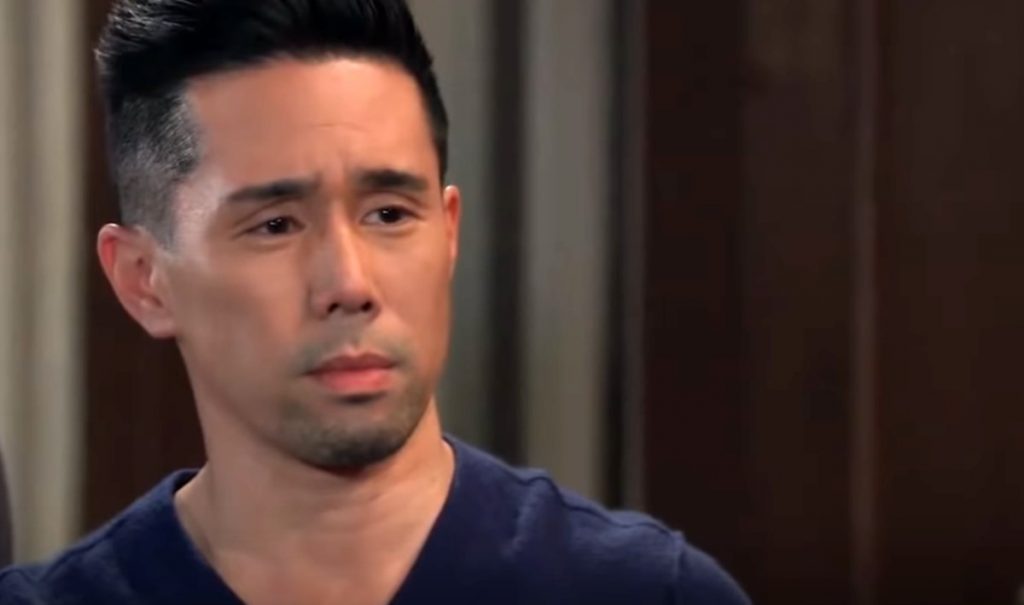 General Hospital spoilers tease that while Brad Cooper (Parry Shen) might have been walking on pins and needles for many long months, it looks like he’s seen nothing yet. In fact, Baby Wiley finds himself at a maelstrom as what happens next will definitely impact more than just his future. Here’s what you need to know.

To complicate things even more, now that everyone knows Wiley is Michael Corinthos’ (Chad Duell) son, that means that he is also the grandson of Carly Corinthos (Laura Wright) and Sonny Corinthos (Maurice Benard). Talk about new family ties, right?

Speaking to Soaps in Depth in a new interview, Parry Shenn, who plays Brad Cooper on the hit ABC soap, knows that things are going to get very, very difficult for him as he will have a lot of explaining to do. He puts it this way, “Brad knows how fiery and protective Carly is. And then there’s Sonny… and that brings everything to a whole different level.”

With that said, it’s without a doubt that Sonny and Carly are going to have very strong opinions regarding their new grandchild’s fate. And if there’s something that we already know about Sonny and Carly, it’s that they certainly aren’t afraid of expressing their opinions.

While Brad and his partner Lucas Jones (Ryan Carnes) try to figure out their new life together and whether or not their marriage can actually survive past this point, Wiley’s real father will continue to soak all of this in. Sure, his world has been turned upside down but he finally has the child that he thought he lost in his hands. And there is no way that he is going to let that happen again. Michael Corinthos will make it his number one priority to make sure that Wiley is always safe and always with him, no matter what the cost.

General Hospital Spoilers: Sasha Breaks It Off With Michael, Doesn't Want To Be A Mom? #GH #GeneralHospital https://t.co/NTOTXimdLg

Needless to say, we have a feeling that this fight isn’t over. In fact, it only begins. Of course, General Hospital fans will have to tune in to find out what happens next!

In the meantime, don’t forget to come back right here for all of the latest news, updates and spoilers on all of your favorite daytime television shows!