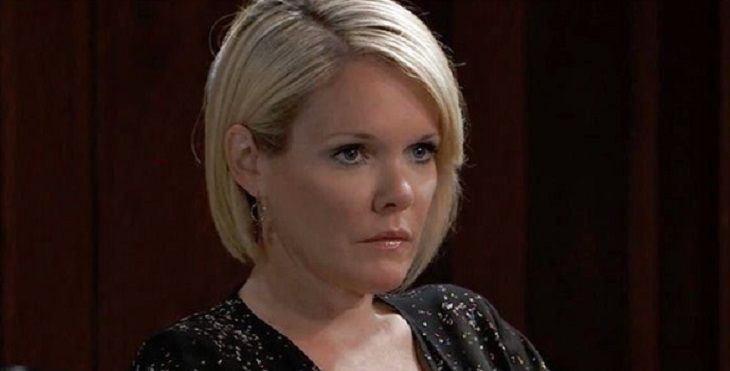 Nikolas Cassadine Flies To France To Explain Things To Spencer Cassadine, And Ava Jerome Cassadine Goes With Him

Nikolas Cassadine (Marcus Coloma) flies to France to tell Spencer in person that he is alive and explain why he didn’t let him in on the plan like he did the first time, when he faked his death. However, things won’t go as Nikolas thinks or hopes they will, because when he left, Spencer was a child.

Now, Spencer is a young man and a fifteen year old teenager, if we go by the actor’s age. Spencer grieved his father’s death like the rest of Nikolas’ family and friends, and Nikolas didn’t give a hint to any of them of his survival, not even when he arrived in Port Charles on Halloween night!

Things Will Get Tense Between The Father And Son

Things will get tense between the father and son, to say the least! Spencer is likely to be even more angry at Nikolas than Lulu Spencer (Emme Rylan) was when he went to apologize to her! She went ballistic, especially over his telling her daughter Charlotte Cassadine (Scarlett Fernandez) that he was her secret bodyguard, causing her to jump off the pier into the harbor, thinking she could make him materialize to save her! Spencer is not the precocious little boy he once was, he is probably shaving, has a deeper voice, and may be nearly as tall as his father, or well on his way there!

General Hospital viewers can expect a confrontation between the two, because Ava will attempt to smooth things over with Spencer! Spencer may even disown Nikolas and never want to see him again, and who could blame him? Nikolas could have at least sent him a text on his phone, although he may tell him it could have been traced and give him that excuse, which Spencer will be too mad to listen to or believe! But then, as General Hospital viewers will recall, Spencer admitted he knew Nikolas was alive when he faked his death before, and Nikolas knew it so that might also have been a factor in Nikolas not letting him in loop when he was able to!

Ava Jerome Cassadine Will Attempt To Calm Spencer Cassadine Down

Ava will attempt to calm Spencer down, because he is apt to tear into Nikolas with the fury of a category five hurricane after all he went through finding out his father is alive after having been told he was dead! It won’t matter how much Nikolas tries to explain, Spencer won’t be able to hear it through the anger!

Ava will explain what he won’t listen to coming from Nikolas’ mouth and tell him they are working on getting the Cassadine estate back from Valentin Cassadine (James Patrick Stuart) and are trying to get things back to the way they should be (with Ava running the show, of course, although she won’t likely tell Spencer that)! Will Ava be able to smooth things over between the two dueling Cassadines? Viewers will have to tune in and find out!