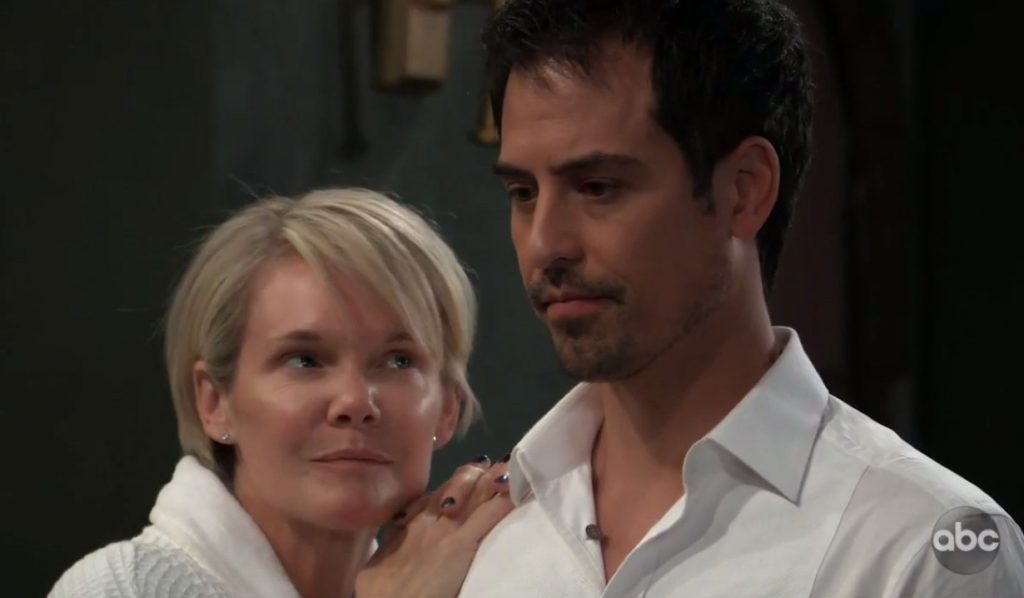 Another round of GH spoilers brings us exciting news. Things are going great for Ava, now that she is the new lady of Nikolas Cassadine it seems that the world surrenders at her feet. With Valentin in jail and about to pay for all his crimes, it may be time to take a break from revenge and enjoy some quality time with her new husband … Even if Nikolas thinks differently.

According to spoilers Ava and Nikolas will go on a honeymoon in the next few days. Maybe a trip to a paradise destination in the Caribbean? Or maybe a little vacation in Europe? While Ava sits on top of the world, Nikolas keeps asking what his new wife is up to and why she has not yet delivered the codicil.

SUBSCRIBE NOW: Get General Hospital spoilers, news, and recaps in your email!

Avenging a Cassadine is never an easy job. For this reason, Ava and Nikolas would need to recover from all the physical and mental stress caused by their most recent conspiracy against Valentin. Besides, Nikolas wants to depart from all the family drama and negative reactions that his return to Wyndemere brought. His family is furious with him, and despite feeling happy because Nikolas did not die, they still cannot forgive him for faking his death and making them go through a real hell.

For his part, Ava is enjoying the benefits of being Nikolas’s new wife. The queen of Wyndemere decides to visit her brother Julian and show off her wedding ring. Now that his revenge against Valentin has succeeded, it is time to celebrate. After a small encounter with Sonny Corinthos in which she takes the opportunity to tell him about his marriage, Ava will be ready to plan her honeymoon.

General Hospital Spoilers – Is it time to get Nikolas Cassadine out of the way?

We know that Ava is plotting something against Nikolas, this would be the reason why she refuses to hand him the codicil even though they have already managed to defeat Valentin. As if that were not enough, Ava told Nikolas about the post-nuptial agreement that protects her in case the prince tries to separate from her. Now that the couple has decided to go on a honeymoon, Nikolas can try to convince Ava to hand him the codicil and put it on his side. Will we see some burning action among the newlyweds?

Either way, Ava is determined to succeed and that could include getting Nikolas out of the way. She could eliminate Nikolas and return to Port Charles with some excuse justifying the prince’s disappearance. Will Ava be willing to eliminate her new husband? Will Nikolas convince Ava to cooperate with him?

All this and more we will discover in the next episodes of GH!

The Bold and the Beautiful Spoilers: John McCook Dishes on Ridge Kissing Shauna – ‘This Thing Has Become Scary For Brooke’