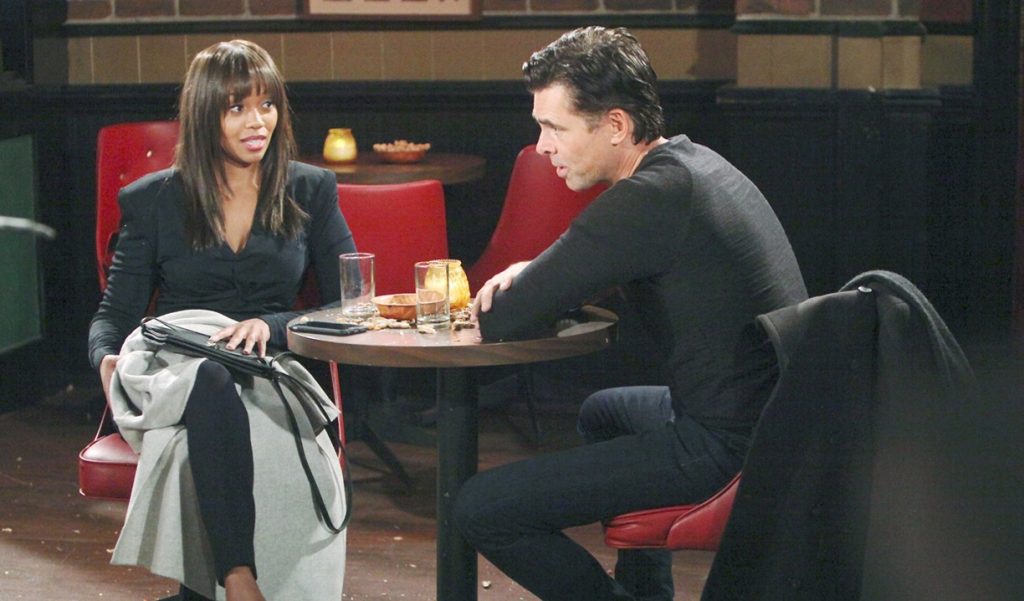 The Young and the Restless spoilers document that Billy Abbott (Jason Thompson) continues to act recklessly. His pursuit of Amanda Sinclair (Mishael Morgan) is intended self-sabotage.

Tag Billy’s actions however one wishes. He has the free will power to stop himself, but is choosing to do otherwise. That clearly represents a flaw in his character and a mental health tick that must be addressed immediately, or doom will surely follow.

Meanwhile, a seemingly similarly flawed individual, Amanda, is acting with abandon. Yes, she’s coming off a bad relationship. But that gives her no cover to be part of the likely take-down of the Villy family.

Young And The Restless Spoilers – Vickie Newman Is The Victim

Billy’s psychologist had it right late last year when she told him that he wasn’t instantly cured of his ills. That doctor predicted what has come to pass, as Billy wasn’t willing to do the hard work that was needed to truly heal.

Dysfunctional thoughts and some form of destructive dual-ego talk persist. Rather than fully share what he’s going through with Victoria Newman (Amelia Heinle), Billy has intentionally shut out the woman he claims to love so he can pursue a dalliance with one of Y&R’s newest characters.

Any major character has a backstory. Such is the case with Amanda, who appears to have relocated to Genoa City, Wisconsin, in order to create geographic distance from her ex-whoever.

Y&R fans don’t yet know how important Amanda’s former significant other was in her life. Not enough is known to confirm that man’s importance an impact.

It’s also unusual for a double set of restraining orders to have been issued, with both halves of that former couple seeking protection from the other. So, was he the problem, or was Amanda the initial, or even sole villain?

Considering all they went through in the past, it was very encouraging that Billy took charge of Villy last year. He was fully supportive of Vickie’s issues, as they were related to the J.T. Hellstrom (Thad Luckinbill) arc, and became a stand-up father for Villy’s children as well.

For Y&R to write Billy into a disturbing scenario is understandable, as that’s a major part of who Thompson’s character is. But if Villy is to break again, then many of this couple’s loyal fans will be crushed. That alone makes this developing storyline questionable.

Hollywood Hiccups is a leading source for everything linked to The Young and the Restless. Check back regularly for Y&R spoilers and news!