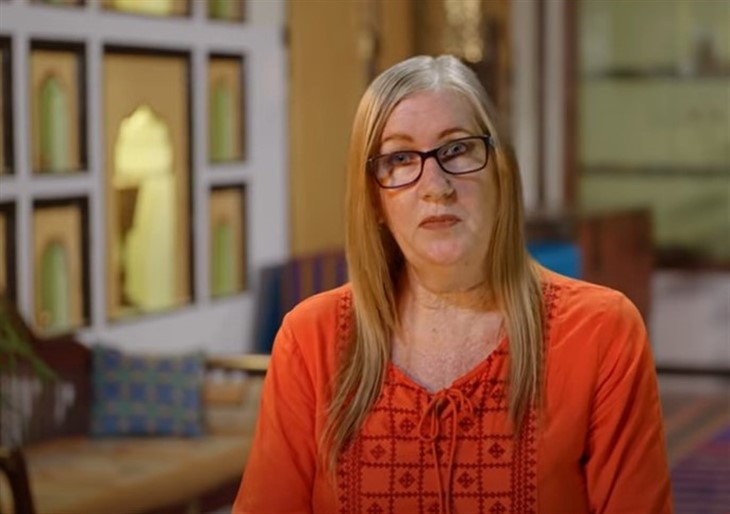 TLC 90 Day Fiancé – The Other Way tease that Jenny Slatten is thrilled that Sumit’s legal issues continue to be resolved in India. A judge ordered that all criminal charges his intended ex-wife filed against him and his family be dropped.

Claims that Sumit and his family caused mental and physical harm were wiped. The implication was that said allegations were connected to his intended ex-wife’s desire to have an additional five hundred dollars a month in maintenance income, in addition to the total of twenty-thousand dollars she will be getting in the divorce settlement. The fact that the charges were withdrawn and the additional money request disappeared indicates that there was no factual basis to make said allegations.

Sumit’s decision to exit the marriage his parents arranged for him and his passionate description of the anguish he was enduring is arguable, if not actually, fully vindicated.

Sumit clearly loves his parents and has come to love Jenny during the years that they’ve known each other. At this point in their relationship, it’s important to recall all they’ve sacrificed in order to reach this nearing point to their hoped-for marriage.

Sahna, Sumit’s mother, and Anil, his father, wanted the best for their son. Anil has admitted that he drove the arranged marriage and that it was a mistake. However, Sumit realizes that while he is still dealing with the negative consequences of making the choice to go along with his parent’s wishes, his family is only expressing their love for him.

Jenny has fully demonstrated that she’s willing to change her entire life, uproot herself from the United States, on multiple occasions, and remain committed to Sumit, even knowing that their marriage might not happen.

Jenny was naturally overjoyed to learn that Sumit’s legal proceedings, regarding his wife’s charges, were resolved. Along with that she purchased a ring and presented it to him.

Sumit wasn’t open to the gift. While he appreciated her thought, he knows that his divorce isn’t final. That process must play out before they can participate in a ring ceremony within his culture.

While Jenny was bothered by Sumit’s unwillingness to go along with her optimism, she’s still choosing to believe that all will work out. Her approach makes sense because of how far this couple has come. Jenny’s positive outlook has enabled progress and so it naturally persists.

Sumit had been feeling the increasing weight of his emotions for a long time. He’s been trying to find a way to bring his parents together with Jenny, while not alienating either side.

Caution isn’t easy because of the love he knows Jenny has for him. He also recognizes that his parents have come to more deeply understand what he’s been saying about the arranged marriage. That specific experience is informing Sumit’s approach to the intended union he and Jenny are pursuing.

The final step in his divorce, which includes the next court date being set, won’t resolve his parent’s issues with Jenny. But it feels that Anil and Sahna might be open to reconsidering what Sumit wants.