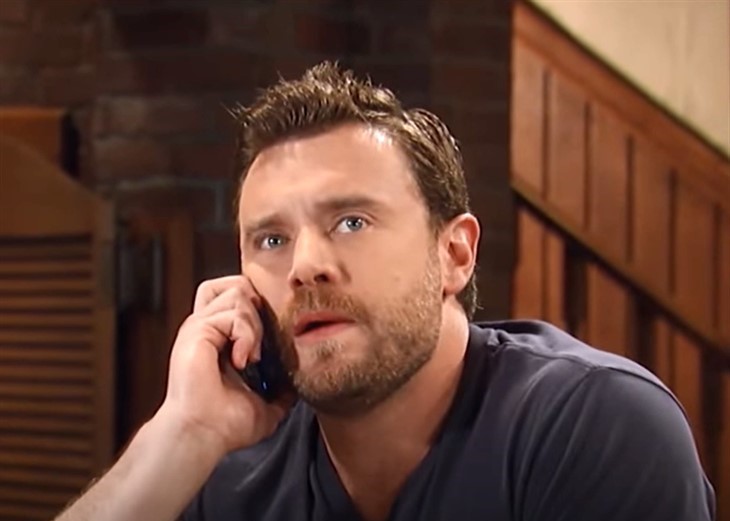 General Hospital spoilers and rumors reveal that in Port Charles, NY JaSam, Jason Morgan (Steve Burton), and Sam McCall (Kelly Monaco) haven’t had a lot of time together since their reunion. It looks like things may not improve soon if Drew Cain (Billy Miller) returns to town to take down Peter August (Wes Ramsey). Will Drew’s return cause drama for Jasam?

General Hospital’s Sam and Jason seem to be having difficulties when it comes to communications these days. Before Jason disappeared, he and Sam shared the biggest part of their lives. Sam helped Jason with the business and with several adventures he and Damien Spinelli (Dominic Zamprogna) had in the works at the time.

After being gone for five years and not walking back into his old life, it seems that Jason is having difficulty in allowing Sam into the everyday aspects of his life. Drew and Sam used to work together at Aurora Media. Could Drew cause drama for Jasam if he returns to Port Charles? Will Sam become confused again and perhaps go back to Drew?

Drew Cain Could Save And Bury Peter August

General hospitals Drew could save Peter if he turns up alive. After all, Robert and Jason believe that Drew was killed on Peter’s orders. If Drew turns up alive then Peter is in the clear, or so he might think. Unfortunately. Peter wanted Drew dead to save himself from being exposed.

Drew being alive could have given him ample time to learn exactly what happened in Afganistan. Could Drew have remembered what happened that day he was kidnapped? Could Drew possibly remember Peter talking to Helena Cassadine (Constance Towers) or Shiloh Archer (Coby Ryan McLaughlin)? Is it possible that Drew overheard the pilot when Shiloh ordered him to take Drew out?

General Hospital’s Franco Baldwin (Roger Howarth) is in dire straits at the preset time. Franco has just been told that his tumor is back. Franco has started having thoughts of murder and he is scaring himself. Franco is so afraid of hurting his family that he has asked Jason to kill him if he becomes a danger to Liz Baldwin (Rebecca Herbst) and her boys.

Could Drew come back and pull Franco through his newest health crisis? Franco and Drew have become very close after being separated for years. Is it possible that Drew might reach Franco where no one else could?

General Hospital’s Drew could very easily shake up several stories in Port Charles at the moment. Will he return and help put Peter where he belongs?

The Young And The Restless Comings and Goings: Meet The Newcomer In Genoa City, Madison Thompson

Days Of Our Lives News Update: Vincent Irizarry Has An Exciting New Venture