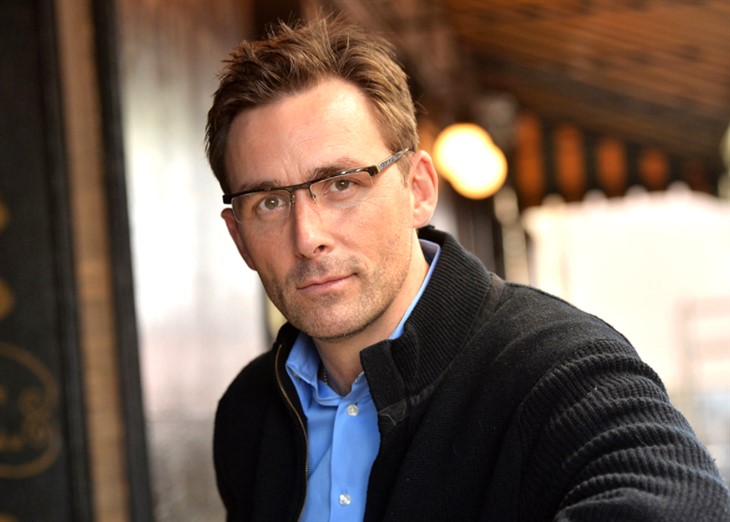 General Hospital spoilers say that she’s beautiful, she’s bold, she’s feisty, she’s sexy and she’s also certainly someone who isn’t afraid to speak her mind. So that’s why it shouldn’t surprise anyone that actor James Patrick Stuart (Valentin Cassadine) is crushing hard on the one and only Nancy Lee Grahn (Alexis Davis) so much so that he relishes any opportunity to be in the same scene as her. Here’s what you need to know!

James told the publication, “She is unbelievably classy and she has a quality that not everybody has, which is that you don’t always see what she’s doing until you look at the monitor afterward. It’s a special, kind of esoteric thing that you only see in a handful of performers.”

The actor goes on to say that Nancy has that kind of talent that makes viewers feel as though she is taking them on a personal journey with her. He also teased his little rivalry with William DeVry by joking that the actor is “overrated,” but added that together, they certainly did make a lot of magic happen in front of the small screen.

James continued, “I was a bit of a fangirl when I began because I was such a Julexis fan. Will said to me, actually, ‘I hear you are going on stage with my girl.’ I’m like, ‘Well, listen if I can’t have Julexis, I guess I will be in the Julexis wannabe camp.’”

And there you have it, folks! It’s safe to say that there are a whole lot of people who would love to be in the Julexis wannabe camp!

General Hospital airs weekdays on the ABC network. Check your local listings for times. Be sure to catch up on everything happening with The Young and the Restless news right now. Come back here often for all the latest General Hospital spoilers, news, and updates.

The Bold And The Beautiful Spoilers: Thomas Survives Mannequin Reveal, Steffy and Hope Mess Up

The Young And The Restless Spoilers: Chelsea and Chance Ruined By Loyalty – Adam Is Beyond Salvation