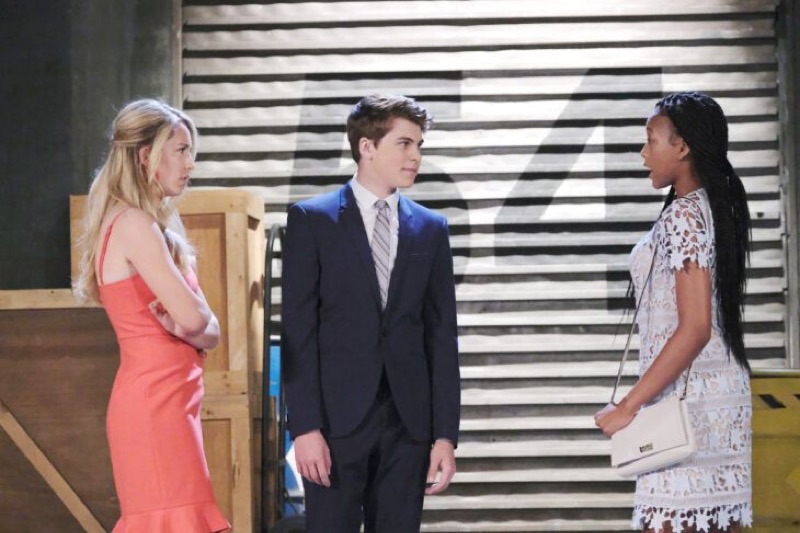 ABC General Hospital spoilers tease the new GH promo promises they’ll be back! While GH is being preempted this week for Major League Baseball they don’t want you, the viewer to go away!

In certain areas, classic episodes may be shown – which may happen if the ball games are rained out as well. The three encore episodes will be consecutive, February 3, 4, and 5 of 2015. Viewers will see old and new favorites such as newly returned Dante Falconeri (Dominic Zamprogna), Nathan West (Ryan Paevey), and Jake Doe/Drew Cain (Billy Miller); and the original Nina, Michelle Stafford! Sabrina Santiago (Teresa Castillo) and Carlos Rivera (Jeffrey Vincent Parise) will also be seen.

GH Spoilers – What’s In The Rest Of The Promo?

The rest of the promo features edited together clips of your favorite General Hospital characters. Brando Corbin (Johnny Wactor) smiles at Maxie Jones (Kirsten Storms) in the garage. He seems to be a little flirty as he tells her “right place, right time!” Is GH showing us who’s shoulder Maxie cries on when Peter August (Wes Ramsey) is taken down? Maybe! It seems Brando may indeed be flirting with Maxie, as the next scene shows him working out at the gym!

General Hospital Spoilers & Rumors: Did Cyrus Renault Get Liesl Obrecht Out Of The Hague?https://t.co/GNSDwQ6h7d

They look ecstatic, and they’re standing in a room with a bookcase and in front of a huge painting – may be one of Franco’s? More family focus is ahead as well, with Jason Morgan (Steve Burton) sitting on a couch with Monica Quartermaine (Leslie Charleson) and Michael Corinthos (Chad Duell) holding Wiley Corinthos (Erik and Theodore Olson) on his lap. Legacy characters such as Scotty Baldwin (Kin Shriner) and Laura Collins (Genie Francis) will continue to be featured, as well as Epiphany Johnson (Sonya Eddy). Sonny makes a toast!

Meghan Markle And Prince Harry Paid For Frogmore But What About Outrageous Cost Of Sussex’s Africa Trip?